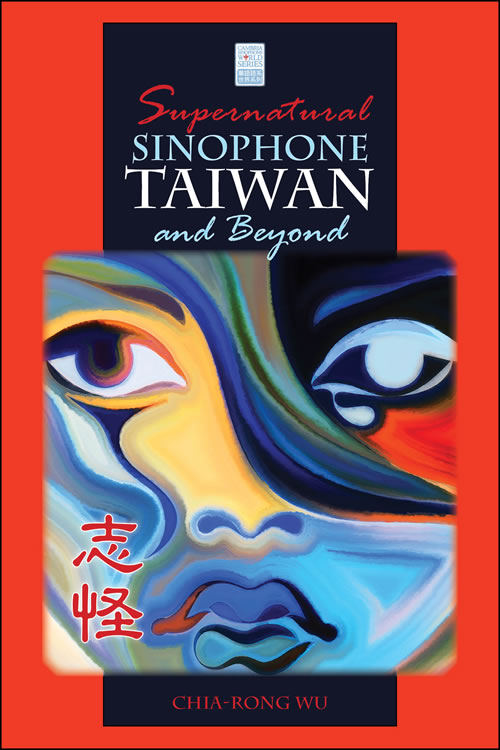 Supernatural Sinophone Taiwan and Beyond by Chia-rong Wu

"A most welcome addition ... Through a meticulous delineation of the literary aesthetic trajectory, reformulation, and deformation of the zhiguai genre from traditional Chinese culture to modern and contemporary Sinophone Taiwan, Supernatural Sinophone Taiwan and Beyond succeeds in advancing the field of Sinophone studies in several critical directions." —MCLC

In recent years, Sinophone studies has introduced to a broader audience multiple ways of examining Chineseness beyond the traditional China-centered view. Whereas a Sinophone product, whether fiction or film, reflects on the close relationship between language and place, a localist agenda from “the margins of China and Chineseness” is brought to the fore.

It is important to consider that Sinophone literature both embodies an attachment to cultural China and encompasses vital issues of ethnicity and politics with respect to local contexts. To be more precise, Sinophone literature points to constantly evolving changes and adaptations into a profound combination of Chineseness and local identities.

Surprisingly, there is no scholarly monograph focusing on the literary production in Sinophone Taiwan so far, even though Taiwan is defined by Shu-mei Shih as “a major site of Sinophone literature” as a result of its “serial and layered colonial condition.” What does then Sinophone Taiwan mean? According to Shu-mei Shih, “The Sinophone Taiwan, for instance, is only an aspect of Taiwan’s multilingual community where aboriginal languages are also spoken, and postmartial law Taiwan cultural discourse is very much about articulating symbolic ‘farewells to China.’” In other words, Sinophone Taiwan is loaded with an ambivalent attitude towards the Chinese state as well as concept of cultural China while drawing on exclusively localized experiences.

This first scholarly monograph focusing on the literary and cultural geography of Taiwan through a Sinophone lens is therefore a step toward filling the gap. While reexamining the cultural and political complexities of Sinophone Taiwan, this book also recognizes the narrative of the strange as a widely adopted artistic form in highlighting Sinophone practices and experiences separated from the China-centric ideology. The study argues that the narratives of the strange in Sinophone Taiwan cross the boundaries between the living and the dead as well as the past and the present, in response to a pastiche of phantasm, Chinese diaspora, gender discourse, and transnational politics.

With detailed analysis, this book brings into focus the notion of zhiguai historiography in an attempt to shed light on the Sinophone narratives of the strange and to demonstrate how the topic can help illuminate the social and political implications of literary texts beyond contemporary China. By analyzing the literary tropes of strangeness, this research deals with the critical issues of the cultural exchange between China, Taiwan, and Sinophone Malaysia. The book explores the idea of the strange narrative as a fluid, border-crossing phenomenon that is impossible to ignore in Chinese ethnic writing. In this light, the narrative of the strange refers to the storytelling wedded to the motifs of ghost haunting and/or the figurative manifestation of anomalies.

In recounting diverse cultural spectacles of the strange, this book builds on such topics as the ghostly Chineseness, lingering aboriginal spirits, and eccentric identities with respect to ethnic and sexual complexities. Therefore, narratives of the strange are examined from three interrelated perspectives in this book. First, spectral and monstrous appearances can be associated either with a nostalgic attachment to the past or with an emotional resistance against historical traumas. Second, the scope of the strange can be expanded to bring into play the figuration of the ghostly/monstrous together with the magical representation of uncanniness, wonder, and fantasy. Third, strange figures can be posited as the invisible, marginalized subjects like sexual and ethnic minorities within a dominant social framework. Intriguingly, the equation can also be inverted by creative writers to make strange figures voiced and visible in a political light. Collectively, the scope of the strange includes the hauntology, the ghostly, the monstrous, the uncanny, the magical, and the fantastic.

Supernatural Sinophone Taiwan and Beyond will be of interest to scholars and students in Asian studies, particularly Sinophone studies as well as Chinese literature and culture.

"Chia-rong Wu’s Supernatural Sinophone Taiwan and Beyond is a most welcome addition to the burgeoning field of Sinophone studies ... and makes important contributions to the field ... Through a meticulous delineation of the literary aesthetic trajectory, reformulation, and deformation of the zhiguai genre from traditional Chinese culture to modern and contemporary Sinophone Taiwan, Supernatural Sinophone Taiwan and Beyond succeeds in advancing the field of Sinophone studies in several critical directions. First, it demonstrates the spectral and supernatural genre’s stylistic diversification into the terrains of magical realism, nativism, and translocalism. Second, it reveals the complex histories and narratives of migration, displacement, and global diasporas in both contextual and textual literary production. Furthermore, the emphasis on the literary form and expressive potential of the supernatural and the strange reconfirms the critical value of literature itself, which Gayatri Chakravorty Spivak has called the value of 'unverifiability.' Finally, engaging with voices and figures that dwell in the shadows of mainstream historicism, nationalist historiography, China-centrism, and patriarchal violence, the book gestures alternatively toward the marginal, the feminist, the racially marked, and the queer. In so doing, Supernatural Sinophone Taiwan and Beyond charts a new direction at the intersections of Sinophone studies, Chinese literary studies, Taiwan studies, and gender studies." —Modern Chinese Literature and Culture (MCLC)

“This book examines some interesting, significant types and aspects of Sinophone Taiwan fiction, as well as a number of prominent writers and representative works. Focusing on the narratives of the strange, it connects the trope of ghost haunting with Taiwan’s complex ethnoscapes and historical, colonial trauma. In addition to investigating ‘ghost island’ narratives, it explores literary representations of magical nativism--including magical localism and translocalism. It offers an excellent, timely study on the important but understudied Sinophone Taiwan literature.” —Yenna Wu, Distinguished Teaching Professor and Professor of Chinese and Comparative Literature, University of California, Riverside

“This book travels in a new direction in Taiwanese fiction studies. Through the theme of 'ghost,' this book links various historical phases, landscape features, and ethnic relations in response to the transformation of Taiwan’s social environment and aesthetics of fiction. With a thought-provoking discourse, this book also provides a pleasurable reading experience.” —Ming-ju Fan, Professor and Director of the Graduate Institute of Taiwanese Literature at the National Chengchi University

“Writing from and of the margins, Supernatural Sinophone Taiwan and Beyond examines the trope of Taiwan as a ghost island through the lens of zhiguai, the premodern Chinese concept of the strange or supernatural. The focus on marginal and liminal narratives facilitates a Sinophone reading of Taiwanese literature and culture beyond the dominant literary taxonomy of modern Chinese literature. Despite its specific focus, the book surveys Taiwanese literature with a study of texts by authors such as Pai Hsian-yung, Li Ang, Chu T’ien-hsin, Wu He, and Giddens Ko to propose a genealogy of ghost island literature as an alternative way of understanding Taiwan as a nation. This first single-authored book on Sinophone Taiwan, which intellectually treads on untouched terrains of a unique literary tradition, is a very welcome addition.” —E.K. Tan, Associate Professor of Comparative Literature and Cultural Studies, Stony Brook University; and author of Rethinking Chineseness

“In Supernatural Sinophone Taiwan and Beyond, Chia-rong Wu argues convincingly that the modern zhiguai genre offers Taiwan writers a way of engaging internal difference—particularly as it pertains to gendered and ethnic difference, as well as sites of historical trauma—while at the same time imagining modern Taiwan as a site of difference within a broader Chinese, or Sinophone, cultural imaginary” —Carlos Rojas, Associate Professor of Chinese Cultural Studies, Women’s Studies, and Arts of the Moving Image, Duke University

Chia-rong Wu is an Associate Professor (Reader) in the Department of Global, Cultural and Language Studies at the University of Canterbury, New Zealand. Prior to this appointment, Dr. Wu was Associate Professor of Chinese Studies at Rhodes College. He holds a PhD in Comparative Literature from the University of Illinois at Urbana-Champaign. His primary research interests are modern Chinese literature and cinema with a focus on Sinophone and Taiwan Studies. Dr. Wu's other publications include Remapping the Contested Sinosphere: The Cross-cultural Landscape and Ethnoscape of Taiwan and articles in journals such as Journal of Chinese Cinemas, The American Journal of Chinese Studies, New Zealand Journal of Asian Studies, Studies on Asia, and ASIANetwork Exchange.

Chapter 1: Tales of the Ghost Island

Chapter 2: A Gendered Discourse of Trauma