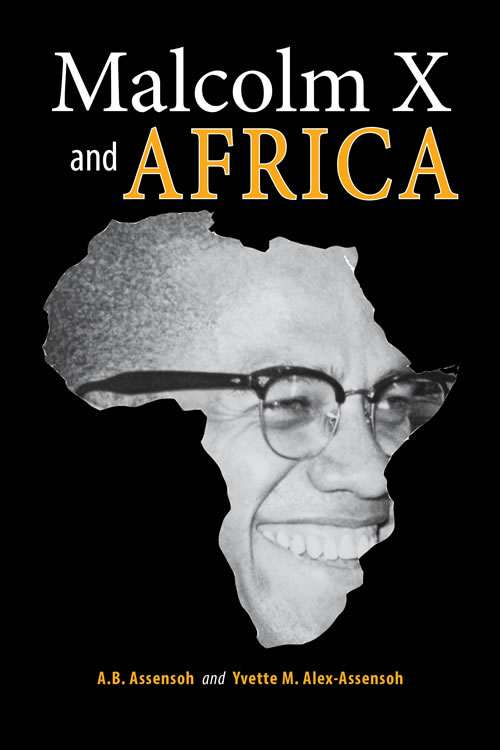 "This is an authoritative book on a critical aspect of Malcolm X's courageous political work and thought. Connecting the struggle of Africans and African Americans for liberation to the geopolitics of the Cold War in Africa, this impressive book documents Malcolm X's passionate commitment to Pan-Africanism and black internationalism during the turbulent age of decolonization. Impressive in depth and breadth, the book is lucid and analytical." —Olufemi Vaughan, Bowdoin College

In the current context of the Black Lives Matter movement, this book which examines the seminal contributions of Malcolm X and his explorations of his African roots could not be timelier. The book details the significant impact of Malcolm X’s legacy on Africana thought in the context of the US Black freedom movement and anticolonial nationalism in Africa in the age of decolonization. Through Malcolm X’s spirited commitment to Black internationalism during these turbulent moments in world history, this book integrates the story of the US Black freedom movement with the struggle for self-determination in Africa.

The book, which provides a valuable account of the politics of race in US society, as well as Pan-Africanism in the 1960s, is in many ways pathbreaking. In the historic encounters that ensued in an emerging world where major powers sought the loyalty of political rulers in newly independent African states, Malcolm X traveled long distance to forge alliances, cultivated countless friendships, and also acquired many enemies, all the while sticking to a principled position as the courageous inspiration for the growing radicalism in the US Black freedom movement.

While the conventional image of Malcolm as the great liberator is vividly presented in the book, readers are also treated to engaging narrative that presents Malcolm X as a simple man, who was vulnerable to the dangers of a turbulent world. And on the African side of the Atlantic, the authors treated this reader to riveting stories of African nationalists of divergent ideological stripes--radical, liberal, and conservative--whether from newly independent states or Southern Africa colonies still striving for liberation.

Malcolm X and Africa is an essential read for students and scholars in Africana studies, history, and political science.

“This is an authoritative book on a critical aspect of Malcolm X’s courageous political work and thought. Connecting the struggle of Africans and African Americans for liberation to the geopolitics of the Cold War in Africa, this impressive book documents Malcolm X’s passionate commitment to Pan-Africanism and black internationalism during the turbulent age of decolonization. To bring this important story to life, the authors masterfully integrate the scholarship on the US Black freedom struggle and Africa’s anticolonial nationalism. Impressive in depth and breadth, the book is lucid and analytical—a powerful testament to Malcolm X’s legacy to African and African American liberation.” —Olufemi Vaughan, Geoffrey Canada Professor of Africana Studies & History, Bowdoin College

A.B. Assensoh (PhD, New York University) is Professor Emeritus of History at Indiana University. Prior to this, he was the Richard A. Bernstein Research Professor (Endowed Chair) at the University of Maryland. Dr. Assensoh's publications include African Military History and Politics, 1900-Present , African Political Leadership, and Rev. Dr. Martin Luther King, Jr., and America's Quest for Racial Integration.

Yvette M. Alex-Assensoh is Vice President for Equity and Inclusion at the University of Oregon. Prior to joining the University of Oregon in her current position, Dr. Alex-Assensoh served as a tenured Professor of Political Science and a Dean at Indiana University in Bloomington. While there, she won outstanding research awards, secured national funding for her research projects, served as a Fulbright Scholar at University of Zagreb in Croatia and also led national committees focusing on issues of equity, diversity, teaching excellence and ethics. She is the author/co-author of five books, dozens of scholarly essays and numerous journalistic/trade essays. She is a consultant on diversity/gender issues. Dr. Alex-Assensoh, who is a trained lawyer and registered mediator, is a member of the Indiana State Bar.