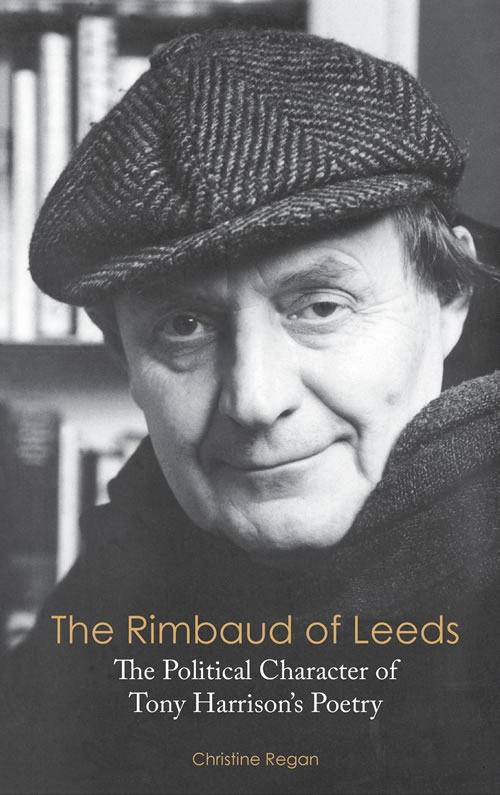 The Rimbaud of Leeds: The Political Character of Tony Harrison’s Poetry by Christine Regan

"Meticulously researched ... an unusually astute and impressively well-informed guide to the poetry. ... In the age of Trump and Brexit, there is a certain pathos to seeing this one time member of the ‘white working class’ prove so inclined to side with postcolonial peoples in their struggles with the architects of the post-war order. ... Regan’s work offers many new and valuable insights." —English: Journal of the English Association

This book examines the political meanings of Tony Harrison’s imaginative works and offers a reassessment of the poet’s political character. While Harrison’s class political analysis has been central to much of the discussion of his poetry, his concern with colonialism still generates relatively little commentary. The nature of his republicanism and its importance for his poetry has been neglected, while his humanism tends to be seen as at odds with his politics. This study discusses Harrison’s concern with internal colonialism in the United Kingdom and internationalist anti-colonial poetic. It witnesses the radical political inclusiveness of his humanism and his giving the dispossessed a voice in his high cultural poetry. Particular attention is accorded to his ambiguous identification with John Milton as a great republican poet, his location of Milton and himself in a radical republican literary lineage, and his wider excavation of that lineage. It also illuminates Harrison’s unnoticed elective affinity with Arthur Rimbaud as a regional poet with the wrong accent, as ‘a hoodlum poet’ who fell silent and became an explorer and fortune-seeker in Africa, as a white ‘négre’, and as the great outsider now fêted as a high cultural poet. Harrison’s political convictions and loyalties will be shown to be consistent in the different historical, literary, and social contexts that the poems take as their subjects, or that are opened up by their allusive fields. The book will newly establish that the creative dialectical interplay between the class, anti-colonial, and radical republican and humanist aspects of the poetry, and his literary elective affinities, are essential for understanding the aesthetics and the politics of the Rimbaud of Leeds.

"This is a lucidly written and structured book which sheds genuinely new light on a poet rightly described as a singular presence in contemporary British poetry." — The Modern Language Review

"Meticulously researched ... an unusually astute and impressively well informed guide to the poetry. Even those well versed in Harrison’s work will, I suspect, depart this volume with new insights and new knowledge in hand ... In the age of Trump and Brexit, there is a certain pathos to seeing this one time member of the ‘white working class’ prove so inclined to side with postcolonial peoples in their struggles with the architects of the post-war order. ... Regan’s work offers many new and valuable insights." —English: Journal of the English Association

"...offers much to that is useful and enlightening for readers of Harrison's poetry." — English Studies

“Beautifully conceived and written …Illuminates one of the most important poets of our time.” — Professor Edith Hall, King’s College London

Christine Regan’s academic background is in literary studies, and she holds a PhD from the The Australian National University. In addition to The Rimbaud of Leeds: The Political Character of Tony Harrison’s Poetry, Dr. Regan’s work has been published in journals including English, Études Britanniques Contemporaines, and Textual Practice. Dr. Regan is a visiting fellow at The Australian National University.

Chapter 1 — Out of the North: The Man ‘Who Came to Read the Metre’

Chapter 5 — ‘Ghosts: Some Words before Breakfast’

Chapter 6 — The Presence of Rimbaud

Chapter 7 — The Politics of Eloquence

Chapter 8 — The State of the Nation: Dissenting Voices