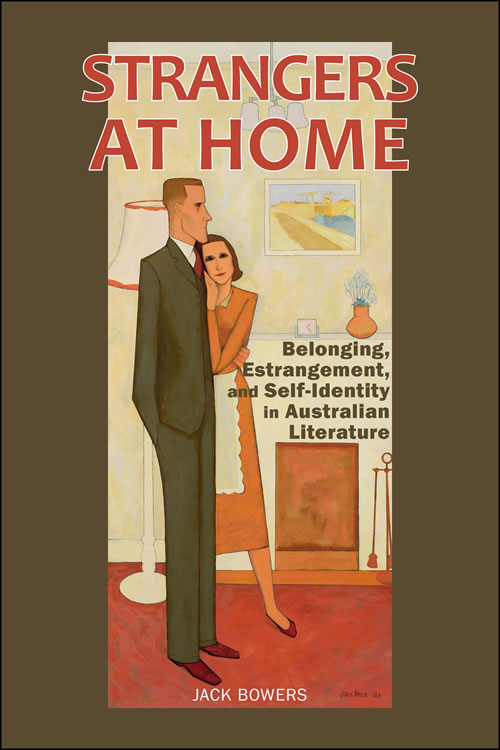 "A very accessible and readable volume, as well as intriguing and original in its approach. Bowers has achieved something here that is unique, and that should appeal to anyone who has given any thought to the character of their life, to the stories through which their life is shaped, to the places with which their life is inextricably entangled." —Jeff Malpas, Distinguished Professor, University of Tasmania

What does it mean to belong? When we belong, how do we recognise it as belonging? What role does belonging play in the formation of self-identity?

First and foremost, belonging is a kind of relationship, and the connection between self and place has a long philosophical tradition. Experienced across time and place, belonging may be configured through a range of contexts, from belonging to country, belonging to a suburb, a house, even a room within a house or an object. Places and spaces are fundamental to self-identity because the interpretation of our relationships with places and spaces gives rise to meaning, and it is through meaning that a sense of belonging emerges.

To speak of belonging necessarily entails a sense of estrangement, a recognition of the complexity that is at the heart of the relationship between individuals and what they find in the world. Belonging, like identity, requires some nexus between self and something other; belonging requires, quite literally, something to belong to, a “home” in which we seek not to be a “stranger.” Together, belonging and estrangement map the connections through which self-identity is lived. Life writing necessarily inscribes ourselves into relationships and places and, as our relationship with the past evolves over the years, and as the ever-changing present offers new possibilities for the future, so those relationships are not just written but rewritten, reconfigured, re-imagined, and renegotiated with the time since lived and the forecast of future time.

While there is a growing interest in our understanding of place and space, the focus of this attention has come mainly from philosophers and geographers. At the same time, life writing as a genre has enjoyed an almost exponential increase in both its readership and the number of life narratives being published. A survey of recent autobiographical writing makes it clear that our contemporary lives are significantly challenged by our connection to place. More particularly, in times of increasing mobility and disruptions to conventional family structures, connections to people and locations have become characterised as much by estrangement as by belonging. This book, therefore, brings recent theorising of place to consider a range of contemporary Australian autobiographies.

Through a provocative discussion of contemporary Australian life writing, Strangers at Home examines what it means to belong and what belonging means for self-identity. Through an examination of the intersections between personal and social identities, Strangers at Home shows how place is essential to identity: contrary to the conventions of solipsism, a sense of self always entails that the self, even when it looks inward, must always locate that self by looking outward into the world, situating the body, and recognising that neither self nor body are either in or out of that place. This important study shows how writers constitute their selves socially, historically, relationally, communally and existentially, and how their sense of attachment—to belong or feel estranged from—realises these selves into some narrative coherence. From Drusilla Modjeska’s Poppy and Second Half First, to Rebecca Huntley’s An Italian Girl, Steve Bisley’s Stillways and many more, Strangers at Home invites readers to reconsider what it is to feel “at home.”

"What Bowers has done is introduce us to the astonishing wealth of autobiographical literature produced in this country. He’s made me want to read all the books I haven’t read, and reread the ones I have. His analysis of these works has more than increased my appreciation — it’s offered me great insight into this complex, multifaceted nation I have made my home... a fascinating survey" — Sara Dowse, Insidestory.org.au

"A very accessible and readable volume, as well as intriguing and original in its approach. Bowers has achieved something here that is unique, and that should appeal to anyone who has given any thought to the character of their life, to the stories through which their life is shaped, to the places with which their life is inextricably entangled. It is a book that should appeal, in other words, to almost anyone and everyone." —Jeff Malpas, Distinguished Professor, University of Tasmania

Jack Bowers teaches in the College of Asia and the Pacific at the Australian National University in Canberra. He holds a PhD from the University of New South Wales and a BA (Hons) from Flinders University. Dr. Bowers has interests in Australian studies, professional military education and higher education studies. He has published in a range of journals, including Southerly, Antipodes, and the Journal of Further and Higher Education.

Chapter 3: They Hardly Knew You: Fathers

Chapter 6: Place, Being, and Self-Identity