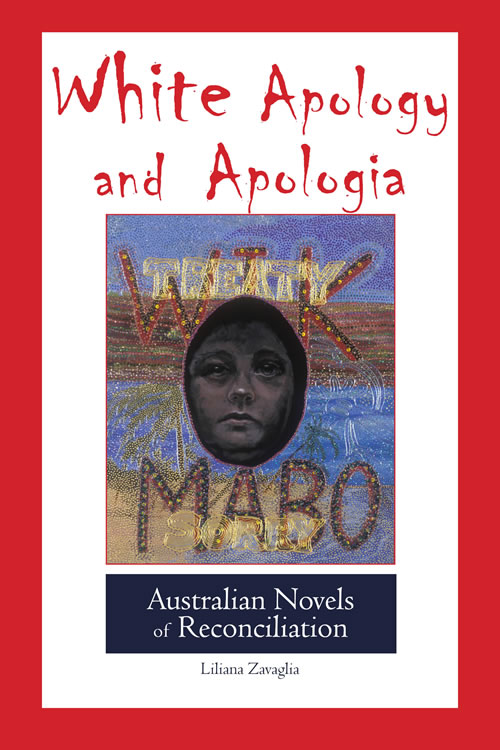 This book takes as its subject a body of recent fiction by white liberal writers in Australia produced in the wake of the profound cultural, political and legal transformations that have taken place in the field of Indigenous rights since the 1990s. engages in close readings of the Mabo ruling, the national Apology and this body of fiction as a form of cultural history, which reflects important aspects of black/white relations in the past twenty-five years.

This book takes as its subject a body of recent fiction by white liberal writers produced in the wake of the profound cultural, political and legal transformations that have taken place in the field of Indigenous rights since the 1990s. Two milestones of this period are the High Court of Australia’s Mabo ruling on June 3, 1992, and the Rudd Labor Government’s national Apology to Australia’s Indigenous Peoples on February 13, 2008. The novels explored in this study are Alex Miller’s Journey to the Stone Country (2002) and Landscape of Farewell (2007), Andrew McGahan’s The White Earth (2004), Kate Grenville’s The Secret River (2005) and Gail Jones’ Sorry (2007). Each of these novels was written in the period between 2002 and 2007. These were the years when the Indigenous rights and reconciliation movements had all but disappeared from the national political agenda through the interventions of the Howard Liberal Government. These works attempted to counter these silences as acts of literary activism, which strived to reignite the politically stalled processes of reconciliation. Through the medium of fiction, they kept Indigenous justice issues before the reading public, provoking discussion and stirring debate.

White Apology and Apologia engages in close readings of the Mabo ruling, the national Apology and this body of fiction as a form of cultural history, which reflects important aspects of black/white relations in the past twenty-five years. Together, these legal, political and literary texts reveal a tension that arguably came to define this period. This tension fluctuates between a reconciliatory impulse of sorrow for Indigenous loss and the defensive desire to offer exits for white culture from the ongoing demands of a violent settlement history. Taking shape as twinned register of white longing, this conflicted cultural drive is the focus of this study.

Each of these novels has had a significant reception and impact. All were shortlisted by the Miles Franklin Award with two taking out the coveted prize. While much critical attention has been given to their fictional explorations of reconciliation and the colonial past, this is the first study to focus on the novels as a collection of cultural artefacts from a brief but remarkable time in Australia’s recent history. In their attempts to explore Indigenous loss and dispossession, the novels can be seen as complex literary engagements with issues of the greatest moment in the contemporary public sphere. Together, they provide a significant snapshot of an ambivalent postcolonial culture in flux.

Through an exploration of these important documents and texts of reconciliation, this study is able to offer symptomatic close readings of Australian liberal whiteness in the process of coming to terms with its troubling history. Providing new insights into how legal, historical, political, and literary discourses can influence each other in the quest for justice, White Apology and Apologia attempts to understand the relation between Australian literature and the culture that produced it. In the process it reveals the riven state of Australian postcolonial whiteness itself, which has been transformed by the legal, political and cultural shifts of the 1990s, yet which paradoxically resists its own deconstructions even as it longs for the dismantling of its own hegemony. The double movement of apology and apologia explored in this timely and important study is a startling reminder of the unresolved nature of the traumatized colonial legacy bequeathed to Australian settler culture by its history, and which continues to accompany white liberal discourse in its quest to heal its relations with the other.

White Apology and Apologia is an important book for Australian literary and cultural studies collections.

"One of Zavaglia’s greatest strengths is her awareness of the socio-political context in which the texts are situated. Not only does she offer concise summaries of significant historical moments shaping contemporary Australian literature in her introduction, but she also frames her textual analyses with what she calls ‘literary’ (17) readings of the 1992 Mabo decision and Kevin Rudd’s National Apology to Australia’s Indigenous peoples in 2008. In these readings, as in her textual analyses, she accentuates movements of apology and apologia. By connecting the extra-literary with the literary sphere, Zavaglia is able to substantiate her argument, made at the beginning of her study, that the primary texts under discussion are best understood ‘as a form of cultural history’ (2). In addition to her disclosure of the links between textual and extra-textual worlds, the author also distinguishes herself through the highly nuanced readings of her primary material." —Australian Literary Studies

Chapter One: Mabo: An Exordium of Regret

Chapter Six: To Sing Would be Blasphemy - Alex Miller’s Landscape of Farewell (2007)

Afterword: A Politics of Memory: Apology to Australia’s Indigenous Peoples