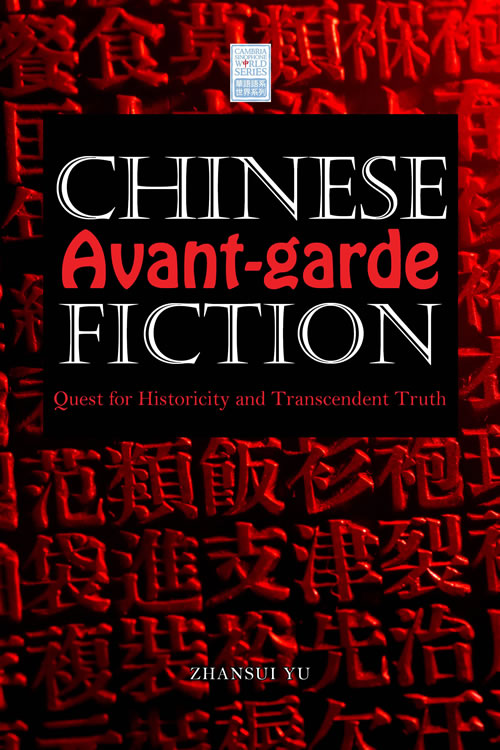 "This thoughtful book offers fresh insights into avant-garde fiction in the early decades of China’s reform. Engaging Chinese and Western traditions, Yu Zhansui argues forcefully that the Chinese avant-garde carries on the probe into the darkness of history in a quest for transcendent truths about human conditions." —Ban Wang, William Haas Professor in Chinese Studies, Stanford University

Chinese avant-garde fiction undoubtedly represents a summit in contemporary Chinese literature. Given the remarkable achievement of the genre and its revolutionary and profound impact on Chinese literature, it has attracted much attention from the English-speaking academic world. The existent scholarship on this subject, however, has some gaps which need to be filled. There are few book-length studies which provide a concentrated and in-depth analysis of Chinese avant-garde fiction as a literary genre; most studies tend to treat Chinese avant-garde fiction as a component of some grand cultural trends in the contemporary Chinese intellectual world. Such a sweeping historical approach overlooks the aesthetic and epistemological values of the fiction, preventing the researchers from investigating the thematic complexity and diversity and the artistic originality and appeal of the fiction.

This book examines the works of three leading writers—Su Tong, Yu Hua, and Ge Fei—and their significant contributions to the genre; this is the first in-depth, comparative study on these writers. This book examines how Su Tong, Yu Hua, and Ge Fei manipulate dark moods and what Karl Jaspers termed “limit-situations” such as death and suffering, along with other motifs, to pursue both historicity and transcendent truth in their fiction. Setting the fiction against the backdrop of long history of Chinese culture and the development of modern Chinese literature, the book also explores the changing intellectual and literary landscape and the changing paradigms of literature in modern China.

This study illuminates the patterns of history presented in the fiction of the three Chinese avant-garde writers as well as their respective views of history. The book also investigates another prominent theme in Chinese avant-garde fiction: the philosophical meditation on the human condition, human nature, and other metaphysical issues. This study also grapples with the mechanisms and devices adopted by these avant-garde writers to defamiliarize the Chineseness of their fiction. In so doing, the book attempts to answer the questions of why and how the reprise of traditional Chinese conventions and themes can be regarded as avant-garde in the Chinese context. The book also sheds light on each writer's aesthetics and the aesthetics of Chinese avant-garde fiction as a genre.

Unlike most previous research on Chinese avant-garde fiction, the study focuses on the Chineseness of the fiction or its intertextuality with Chinese conventions and texts. This unique study will be a welcome addition to scholars of Chinese literature and cultural studies.

"The experimental literary production of the People’s Republic of China during the 1980s, which was freed from many of the aesthetic strictures of the Mao era, deserves more scholarly attention. Zhansui Yu’s monograph aims to help fill this gap by focusing on the avant-garde fiction of Su Tong, Yu Hua and Ge Fei. ... This is one of few monographs on Chinese literature that features a sustained engagement with the thought of Martin Heidegger ... He convincingly makes the case that the common themes between these writers warrant a collective analysis for them. Yu’s painstakingly thorough reading and research will reward those seeking a broad introduction to the wide oeuvre of these three writers. As such, the chapters serve as a suitable catalyst for debate and discussion in university classes that cover these authors, as many of their works have been translated. For Chinese scholars curious about the thought of Heidegger, this book provides a handy and useful introduction." —China Quarterly

"This thoughtful book offers fresh insights into avant-garde fiction in the early decades of China’s reform. Engaging Chinese and Western traditions, Yu Zhansui argues forcefully that the Chinese avant-garde carries on the probe into the darkness of history in a quest for transcendent truths about human conditions." —Ban Wang, William Haas Professor in Chinese Studies, Stanford University

"Zhansui Yu’s insightful study of Chinese avant-garde fiction opens a new world of understanding and interpretation. Written by an experienced and active Chinese intellectual also trained and teaching in North America, this study takes the avant-garde writings of three key authors—Su Tong, Yu Hua, and Ge Fei—as a genre, rather than as a proxy for political debates or as examples of foreign influence. This allows Yu to analyse the aesthetic and philosophical contributions of Chinese avant-garde literature in response to the challenge in post-Mao China of making sense of historical trauma and massive social change. This book will change how we read the Chinese avant-garde." —Timothy Cheek, Louis Cha Chair in Chinese Research, University of British Columbia

"This perceptive historical and literary-critical study of the works of Su Tong, Yu Hua, and Ge Fei—three leading avant-garde writers of 1980s’China—clearly reveals the ways in which they undermined the history of China put forward by the state. This book reveals how these writers rejected, subverted, and finally transcended the late Maoist vision of China and created a new historical discourse. This innovative interpretive study of these writers also reminds us of the importance of the truth in creative fiction when the national media continues to offer much the opposite." —Michael Duke, Professor of Chinese Language and Literature, University of British Columbia

Chapter 3: From Metaphysics to Historicity: The Human Condition, Loneliness, Death, and History

Chapter 5: Tradition as Avant-garde: Aesthetics of Extreme, Violence, and Ambiguity

Epilogue A Miracle Flower in a Miracle Time