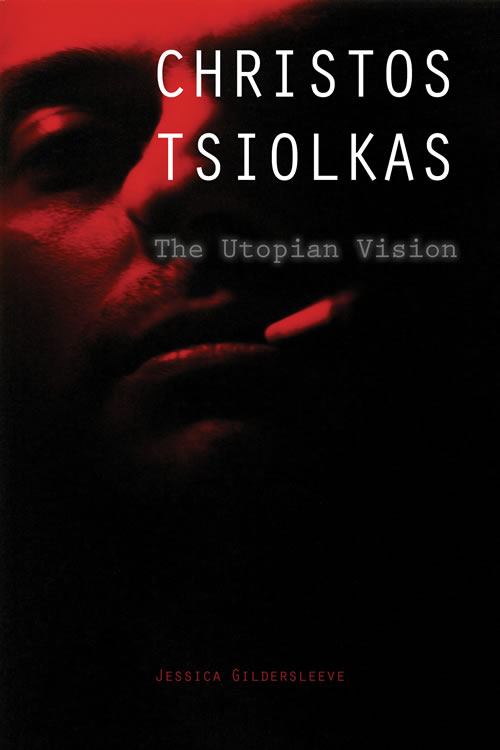 "an important touchstone for anyone interested in Tsiolkas and affect theory, or in Australia’s contemporary literary landscape more generally.

This book is in the Cambria Australian Literature Series, headed by Dr. Susan Lever.

*Third in the USQ Publication Excellence Awards for Authored Books

*Shortlisted for the AUHE Prize for Literary Scholarship

More than two decades ago, Christos Tsiolkas’s his first novel Loaded was published and he had achieved a cult following in the short-lived grunge fiction scene of Australian writing. The novel was quickly adapted as the film Head On (1998), directed by Ana Kokkinos, and starring popular young Greek actor, Alex Dimitriades; like the novel, it was well-received by critics, if not by mainstream literary and cinematic culture. For the next few years, Tsiolkas worked on Jump Cuts, an experimental collaborative autobiography, with Sasha Soldatow (1996), as well as a number of theatre productions – Who’s Afraid of the Working Class? (1999, co-written with Andrew Bovell, Melissa Reeves and Patricia Cornelius, and adapted to film as Blessed, also directed by Kokkinos [2009]), Thug (1998, written with Spiro Economopolous), and Elektra AD (1999) – but when The Jesus Man (1999) was published, its violent depiction of depression and suicide received critical attention as offensive and unnecessary. Partly because of the reception of The Jesus Man, and partly because of the density of its subject matter, his next novel, Dead Europe (2005) took six years to write. In the interim, he published a critical study of the film The Devil’s Playground (2002), and several more plays and screenplays: Viewing Blue Poles (2000), Saturn’s Return (2000), Fever (2002, co-written with Bovell, Reeves and Cornelius), Dead Caucasians (2002), Non Parlo di Salo (2005, written with Economopoulous), and The Hit (2006, written with Netta Yashin). Dead Europe was a triumphant return: it won the Age Book of the Year and the Melbourne Best Writing Award in 2006.

But it was the extraordinary critical and commercial success of The Slap (2008) which entirely changed Tsiolkas’s personal and professional circumstances. It was the fourth-highest selling book by an Australian author in 2009, won the ALS Gold Medal, was longlisted for the Man Booker Prize, shortlisted for the Miles Franklin Literary Award, won the Commonwealth Writers’ Prize and was Book of the Year for both the Australian Booksellers Association and the Australian Book Industry Award. The Slap was also adapted as a popular television series for the ABC in 2011, and for NBC in the United States in 2015. For the first time in his career, Tsiolkas was able to dedicate himself to writing full-time, but the attention paid to the novel also meant that Tsiolkas was now a household name – no longer a cult writer, his opinions are now courted and offered in popular and political publications. Barracuda (2013) follows the social realism of The Slap, and sold similarly well, riding on the back of its extraordinary predecessor. Merciless Gods (2014), a collection of short stories, some new, some previously published, is only recently being taken up by popular critics.

Tsiolkas’s work has become increasingly popular and appealing to readers outside of the academy. Tsiolkas’s works adopt a Modernist attitude to the concept of a utopia – a negative politics which simultaneously draws attention to the insufficiency of the present, a pastoral nostalgia for the past, and a longing for the impossible future to come. This first in-depth study of his entire corpus provides an understanding of Tsiolkas’s position in relation to Modernism, thereby drawing out his points about character, setting and politics, thereby helping us to think about what place his ideas about the individual and the community might have in our reading of contemporary Australia and contemporary world literature.

"The great attractiveness of Gildersleeve’s study is that she manages to encounter the fundamental tension between different versions of Tsiolkas without needing to narrativise his career in a way that is governed by any particular set of terms. She does this through her astute use of affect theory to set up another way of encountering his work. ... By bringing affect theory into dialogue with current cultural discourses she aims to show us ‘how Australian writing can work as part of a broader network of cultural reparative strategies’ (17). ... lucid, well-constructed and very learned. Gildersleeve writes eloquently and sympathetically. She is terrifically erudite, which enables her to generate unexpected insights into the broader literary and cultural context. Her expertise as a scholar of modernism is evident at the moments that Conrad, Eliot, Mann and others pop up. She is also theoretically very capacious, and gracious with regard to other critics. ... the book strikes me as a fascinating example of a trend in literary studies that really does deserve more attention: a desire for a notion of Bildung that is called into being at the very moment that literary culture, not to mention broader forms of historical and critical literacy, seem most threatened by new media forms that have thoroughly undermined the very ideal of community to which Bildung appeals. ... Gildersleeve's book will be an important touchstone for anyone interested in Tsiolkas and affect theory, or in Australia’s contemporary literary landscape more generally." —Australian Literary Studies

Jessica Gildersleeve is Senior Lecturer in English Literature at the University of Southern Queensland. Her research deals with trauma and affect in twentieth- and twenty-first-century literature and film. Dr. Gildersleeve is the author of Elizabeth Bowen and the Writing of Trauma: The Ethics of Survival (Brill/Rodopi 2014) and the forthcoming Don’t Look Now (Auteur), and coeditor (with Richard Gehrmann) of Memory and the Wars on Terror: Australian and British Perspectives (Palgrave Macmillan 2017) and the journal, Queensland Review.