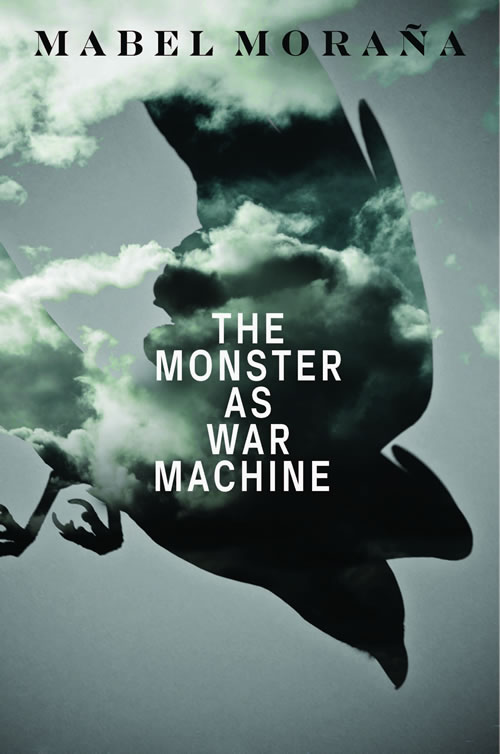 The Monster as War Machine by Mabel Moraña

"A far-ranging, audacious, erudite, and exquisitely written examination of monsters and the monstrous. It spans the broad sweep of history, from the Classical and Medieval Periods to the present. Moraña achieves this immense feat through lucid yet vivid prose that thoughtfully weaves a series of what at first glance might appear to be divergent and scattered theories, into a set of intense and thought-provoking constellations of ideas and experiences.—Joanne Rappaport, Georgetown University; and President of LASA, 2016–2017

Some of the authors included in this study are Agamben, Badiou, Baudrillard, Deleuze, Esposito, Foucault, Freud, Haraway, Hardt, Kristeva, Marx, Negri, and Zižek, whose works illuminate the disruptive and at times emancipatory role of monstrosity as a representation of excess, instinct, evil, truth, and rebelliousness.

This book is an important resource for those studying film, contemporary literature, and popular culture.

*Read excerpts from The Monster as War Machine at the Cambria Press blog.

“The Monster as War Machine is a far-ranging, audacious, erudite, and exquisitely written examination of monsters and the monstrous. It spans the broad sweep of history, from the Classical and Medieval Periods to the present. It moves deftly between Europe and North America, on the one hand and Latin America, on the other, both in terms of its subject matter and the authors it considers. It bridges the divide between canonical literature and popular forms of expression. It brings together philosophy, literature, history, and anthropology, deftly combining insightful textual analysis and an almost surprising range of theories, to demonstrate how central monsters are and always have been to our social and political lives, to our thought, and to our literature and cinema, manifesting themselves in similar yet different ways across time and space. Mabel Moraña achieves this immense feat through lucid yet vivid prose that thoughtfully weaves a series of what at first glance might appear to be divergent and scattered theories, into a set of intense and thought-provoking constellations of ideas and experiences.” —Joanne Rappaport, Professor of Spanish, Georgetown University; and President of the Latin American Studies Association (LASA), 2016–2017

“The Monster As War Machine is a tour de force on the significance and widespread presence of the figure of the monsters in Latin American literature, popular art, and digital communication. In a broad and thorough survey of recent Euro-American theory that deals with questions of difference and 'monstrosity,' as originally posited by Deleuze and Guattari in their influential A Thousand Plateaus: Capitalism and Schizophrenia (1987), Mabel Moraña identifies and analyzes multiple appearances of monsters from Dracula to pishtacos and cyborgs in order to examine them as signs of a profound crisis in the epistemes of violence and war that harbor them. This study is very rich in trenchant analysis of cultural moments in both Latin America and the United States and thus constitutes an indispensable resource for anyone interested in the issues raised by difference as well as nomadism. In treating the figure of the monsters as a 'cognitive model,' Professor Morana develops the monster as the lynchpin at the crossroads of politics, religion and art. With its wide reach, this book is an essential starting point for future scholarship on the topic.” —Sara Castro-Klaren, Professor of Spanish, Johns Hopkins University

· Notes on the Poetics of the Monster

Chapter 2. The Monster in History

· Reason and the Monster

· Epistemophilia and the Performance of Difference

Chapter 3. Monsters and the Critique of Capitalism

· Marx avec Derrida: Toward a Hauntology of the Present

· The Sinister, the Abject, and the Fetishization of Difference: Freud, Kristeva, Baudrillard Normality and Anomaly: Canguilhem, Foucault

· The Machinic Monster: Spectrality and Posthumanism

· The Monster and Gender: Haraway

· The Common, the New Barbarian, and the Multitude: Hardt and Negri

· The Werewolf and Political Power: Agamben and Psychoanalysis

Chapter 6. Monstrosity, Representation, and the Market

· Spectacularization and Consumption: “Glam Gothic” as a Line of Flight

Chapter 7. Monsters on the Margin

· Radical Hybridity and the Popular Subject in Latin America

· The Monster on the Screen

· Tropical Zombies: The Master, the Slave, and the Zombie