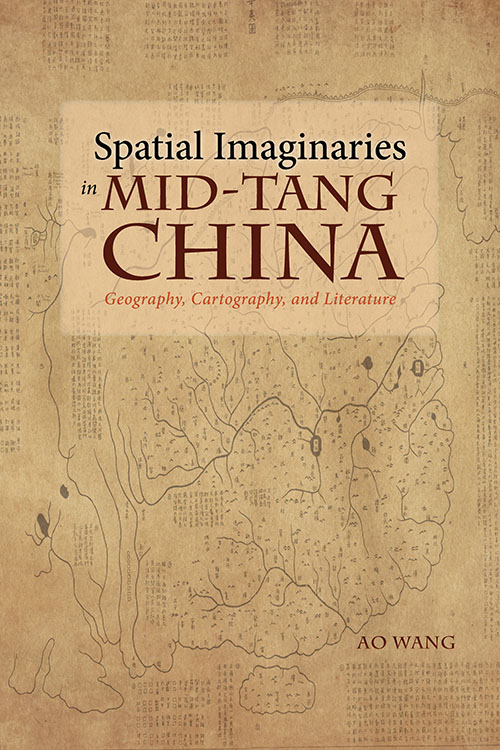 This book explores a new and innovative topic—the relationship between geographical advancements in the Mid-Tang period (790s to 820s) and spatial imaginaries in contemporaneous literature. Historically and politically, the Mid-Tang period is generally considered to be a period of imperial reconstruction following the chaos of the An Lushan Rebellion (755–763), a rebellion that had a profound impact not only on the Tang empire but also on all of Chinese history. On the one hand, this era witnessed a heightened geographical awareness and a rapid development and accumulation of geographical knowledge, as was manifested in the governmental production of local map-guides and the invention of some monumental world maps. On the other hand, Mid-Tang literature represents one of the peaks of traditional Chinese literature and is known for its diversity of genres and innovative and imaginative engagement with space.

For the first time in Tang scholarship, this study identifies the epistemological and aesthetic interplay between geography and literature in medieval China and investigates how this thus-far neglected interplay shaped the Mid-Tang literary imagination. This interdisciplinary investigation uncovers a rich cultural history of human exploration of the world on both fronts and provides a fresh reading of some of the most famous works of Tang literature, for example Li He’s poetry and Liu Zongyuan’s landscape essays. This study reveals some unique phenomena in genre development and individual creation in Mid-Tang literature and deepens our understanding of the inner workings and internal drive of traditional Chinese literature in general.

This book expands and deepens the exploration of the interactions between literature and geography. Literary geography has been an active interdisciplinary field ever since the 1970s. In the early years as the field was taking shape, it was widely criticized for its instrumentalization of literary texts as unproblematic sources for empirical geographical study. In recent years, however, literary scholars have become increasingly interested in treating literary texts as another form of geography, or spatial organization, as many key literary elements, such as setting and milieu in fiction and imagery arrangement in poetry, involve spatial understanding on a fundamental level.

This study takes two important approaches regarding the ongoing debates in the field of literary geography. Inasmuch as traditional Chinese intellectual culture prioritized broad learning over specialization, disciplinary boundaries were unclear and literati were often multitalented. Accordingly, in the cases examined in this book, these literary masters were also cartographers, geographical writers, or at least experienced readers of geographical works. Therefore, the study’s approach does not treat either literature or geography as instrumental to the other, but rather examines how these two interrelated fields formed a shared intellectual horizon among the literati and found entrance to each other to create new knowledge, perspectives, and metaphors. This study also does not regard literature as a metaphorical geography in a generalized sense, but is specifically focused on how the geographic proficiency of literary authors informed their literature. Together, these two approaches suggest new possibilities of interdisciplinary exchange and offer a new perspective on the results of such exchanges as embodied in literary creation.

This book will be a welcome resource for scholars and students in Chinese literature, historical geography, cultural history, and art history.

"The present monograph is focused on literature, but unlike previous scholarship, it examines this literature as a process that significantly overlapped with the production of and interest in maps as well as in textual representations of space. [...] Spatial Imaginaries in Mid-Tang China demonstrates a commendable method for circumventing the lacuna of evidence from historical loss. After all, to forego making conjectures would be to disengage from one of the most exciting periods for visual and literary culture. Instead of disengagement, this book has chosen to face the challenge by locating sources beyond their inherited categories, and by reading extant textual sources anew. This is a challenge, but one that the author has more than admirably met." —Imago Mundi

"The mid-Tang period (790s-820s) was a time of dynamic changes and powerful innovations in the Chinese literary tradition. Ao Wang’s new book, executed with critical insight and poetic sensitivity, encompasses diverse literary forms and lends new nuances to our understanding of mid-Tang literature. Imaginative and inspiring, it is a significant contribution to the study of medieval Chinese literature and cultural history." —Xiaofei Tian, Professor of Chinese Literature and Chair of Regional Studies East Asia, Harvard University

“Looking into the relationship between geography and literature in mid-Tang China, Ao Wang’s groundbreaking study is well structured, argued, and documented. It provides an important new lens for the reading of literature from a geographic perspective, and vice versa. Literary pieces are deftly translated and carefully interpreted; and the close reading of each literary piece—along with the incorporation of sociopolitical, economic, cultural, class, and ethnic conflicts—illuminate how and why literature can be indispensable references for historical studies. In analyzing the texts, Wang brings together literature, art, geography, cartography, ecology, philosophy, and religion to uncover a rich cultural history of intellectual exploration when the empire was struggling to revive itself, and multitalented literati used their geographically informed literary writing to address their ambitions and anxieties and to cope with the rapidly changing world. This book makes a major contribution to the study of mid-Tang literature and is an important reference for scholars and students of classical Chinese literature.” —Nanxiu Qian, Professor of Chinese Literature, Rice University

“This book is an innovative, provocative study of the interplay of the geographic imagination and literary creativity in the mid-Tang period, a watershed moment in Tang literature. Wang explores the ways that mid-Tang cartographic advances, travels by literati into more remote areas of the Tang, and new approaches to representing spatial experience fueled new literary forms, styles, and knowledge. Drawing on a wide range of materials, many of them little studied by either historians of geography or literary scholars, Wang convincingly shows how many of the most prominent mid-Tang literati reimagined their physical and cultural environments to produce new ‘spatial imaginaries’ in their literary work.” —Anna M. Shields, Professor of Chinese Literature, Princeton University

Ao Wang is an Associate Professor of Chinese Literature at Wesleyan University. Dr. Wang holds a PhD from Yale University and an MA from Washington University in St. Louis. He has published five books of his own poetry and is the recipient of the Anne Kao Poetry Prize and the New Poet Prize from China’s “Shi Jianshe” Poetry Society.

Chapter 1. Geographical Advancements in the Mid-Tang

Chapter 2. The Big Picture: Poetic Visions and the Cartographic Eye

Chapter 3. The Shifting Shapes of the Local Sphere: Map-Guides and Literary Writing

Chapter 4. Into the Deep South: The Aesthetics of New Landmark Creation