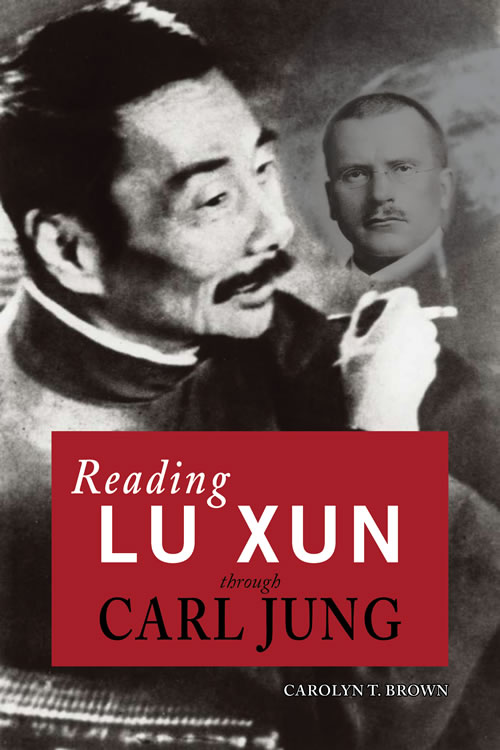 “This is truly a great contribution not only to Lu Xun studies but also to modern Chinese intellectual history. The approach is seminal and convincing. The arguments based on close reading of the texts are careful, coherent, and revealing. What Carolyn T. Brown has accomplished in this book is akin to a highly skilled doctor who makes an accurate etiological diagnosis." —Guoxiang Peng, Zhejiang University

Lu Xun, a founder of modern Chinese literature, lived through a pivotal moment in Chinese history. Schooled in the old order, he matured during its symbolic collapse—the end of the dynastic system—and lived through the wrenching transition into a new order that had not yet come into view. The Chinese state, weakened by massive internal rebellions, faced unprecedented military, commercial, and diplomatic pressure from Western powers. Devastating challenges in the material realm brought into question fundamental premises of Chinese identity. Why was China so weak and what could be done about it?

Initially inclined to look to the material realm for solutions, Lu Xun early rejected a medical career and staked his future on a conviction that literature offered a promising arena from which to convert minds and hearts to new ways of perceiving, ways that were better adapted to the current crisis. Yet when prompted to write short stories that might forward that agenda, he wrote the stories of Call to Arms and Wandering, which instead gave symbolic expression to the ambiguities and complexities that he experienced within himself. Although he came to doubt the power of literature to contribute to the urgent need for cultural transformation, the stories from these collections comprise an essential part of his legacy. His deep concern about human suffering and his commitment to truth-telling are underlying pre-occupations that run throughout his evolving understanding of this moment in China’s history.

Lu Xun attributed his motivation for a career in literature to his desire to cure the spirits of the Chinese people. Given Lu Xun’s explicit ambition to address China’s historical crisis, scholars have addressed in great depth his contributions to Chinese intellectual and literary history and probed his short stories as expressions of his ambition to help solve China’s crisis. He has been perceived as both an agent of change and an embodiment of his time. Yet generally scholars have not queried the psychological dimensions of his self-appointed task. If he imagined that curing spirits might even be possible, it would seem that he might have had at least an implicit psychological model of the disease, its causes, a process for healing it, and a vision of the cured state. Did he?

Scholars who study Lu Xun’s modern short stories have usually focused on the content and used the stories to understand Lu Xun the writer or to sheds light on his times; they have attended to the structure only to the degree that it illuminates these concerns.

This study executes a reversal, decentering the content and focusing on the structure as a primary means to understand the texts, and it seeks to understand the Lu Xun who presents himself through his work, not Lu Xun the full human being. The structure that emerges from a close reading of the stories does indeed present an implicit therapeutic model. Carl Jung’s theories of the normative human self articulate with some precision Lu Xun’s implicit vision of spiritual cure. Jung, one of three key founders of modern Western psychology, grounded his understanding of the human psyche in personal self-scrutiny and extensive clinical practice, and so his theories offer a validated psychological model for interpreting the textual evidence.

Reading Lu Xun Through Carl Jung thus deploys a new methodology and proposes a new model for interpreting Lu Xun’s two collections of modern short stories. The study demonstrates that in fact Lu Xun had a clear but implicit model of spiritual healing and cure. He began with the assumption that this psycho-dynamic paradigm might apply in all arenas of Chinese life and so tested out this premise imaginatively through his stories. The conclusion embedded in his fiction is that in the domains of nation and community, healing would not be possible without revolutionary change, but that healing was possible, although hardly likely, within the confines of family and the self. Viewing the stories of Call to Arms and Wandering through this lens often yields important new insights about individual stories. Even when it does not, the approach draws attention to the commonalities disguised by the great variety of plots, characters, and narrative strategies. Further, this approach incorporates and generalizes the more limited way of viewing the stories in terms of class analysis, and it complements the historical and biographical discussion of these works.

Perhaps more important is that understanding Lu Xun’s psychological model opens new ways of imagining the relevance of his stories to timeless human concerns. Contemporary scholars increasingly ask about Lu Xun’s value now that the overt subjects of his concerns have receded into the past, and they have also looked to understand his role in the context of the international intellectual currents of his time. Although not primarily concerned with the sources of Lu Xun’s creativity, this study does suggest resonances between the structure of his thought as revealed in the stories and that of key nineteenth-century European philosophers and writers. Even while being firmly grounded in his own times, Lu Xun evoked universal themes and archetypes of the human condition.

This book will appeal to scholars in Asian studies, comparative literature, and psychology.

"An amply annotated, firmly grounded, and compelling close reading of Lu Xun’s short stories from the perspective of Jungian psychoanalysis. This book is also a refreshing demonstration of how psychoanalysis can provide a new dimension of access to Lu Xun’s critical insight into the problems of the Chinese psyche vis-à-vis the social discourse of his age. The author shows familiarity with the main trends in Western Lu Xun studies, from the earlier works of Leo Ou-fan Lee, Theodore Huters, and Marston Anderson, to more recent critiques by Lydia Liu and Ming Dong Gu, just to name a few. Brown is concerned with what makes Lu Xun tick, not the authorial intention of his creative works, but his own inner workings as he grapples with issues of the Chinese people’s psyche, issues he himself faces and works out through his writing. " —MCLC

"An in-depth structural analysis of the fictional writings of a founder of modern Chinese literature. Tracking correspondences between the architecture of Lu Xun’s short stories and Jung’s model of the psyche, Brown turns an analytic eye to recurring compositional patterns. Although Lu Xun did not describe his method as explicitly psychoanalytic, Brown convincingly reads the collective mindset of the time as the author’s psychoanalytic subject. ... Brown unveils culturally specific uses of opposites in the stories, expressed through narrative voices, characters or social groups living in small communities. She interprets these conflicts along Jungian lines, locating (what she calls) a dialogue between an ‘ego’ and ‘shadow’ forces embedded in Lu Xun’s “nuanced manipulation of doubles.” Unlike the good/evil pairing characteristic of Western literature (informed by Christian preconceptions), Lu Xun weaves his stories around social binaries: traditional/modern; elite/peasant; urban/rural; male/female.... the book will engage scholars of Chinese literature and psychologically informed readers alike. Carolyn Brown’s singular approach richly complements established scholarship on Lu Xun. Reading Lu Xun through Carl Jung will likely reside among the most significant contributions to the corpus." —Jung Journal: Culture and Psyche

“The book approaches Lu Xun’s stories differently. Carolyn T. Brown brings an African American intellectual’s perspective as well as a Jungian one to bear on her analysis of Lu Xun’s fiction, and this is valuable in my view. This book will appeal to scholars of comparative literature, ethnic studies, as well as Chinese Studies. I have colleagues in China who would be very interested in and impressed by it as well.” —Jon von Kowallis, Professor and Chair of Chinese Studies, University of New South Wales

“The application of Carl Jung’s structural views and insights to the analysis of Lu Xun has not been previously proposed or carried out. In this clear, well-organized, and accessible study, Carolyn T. Brown presents a carefully laid-out argument for reading Lu Xun through Jungian principles. One paradox for readers of Lu Xun’s fiction is that the world he captured has, on the one hand, changed beyond recognition and on the other hand, is wholly recognizable in terms of human and political relations. As such, readers often need guidance on both points. This book offers sensible, sensitive guidance, and its succinct coverage of every one of Lu Xun’s work of short fiction is an asset.” —Eva Shan Chou, Professor and Chair, Department of English, Baruch College, City University of New York

“This is truly a great contribution not only to Lu Xun studies but also to modern Chinese intellectual history. The approach is seminal and convincing. The arguments based on close reading of the texts are careful, coherent, and revealing. The meticulous analysis of the four images and their inner entanglement is practically unassailable. In particular, the interpretation is not a projective imagination but the revelation of the inner logic encoded in the texts, not something read into the texts but underlying the texts. What Carolyn T. Brown has accomplished in this book is akin to a highly skilled doctor who makes an accurate etiological diagnosis.” —Peng Guoxiang, Qiu Shi Distinguished Professor of Chinese Philosophy, Intellectual History and Religions, Zhejiang University

“I am impressed by this book by Carolyn T. Brown, who has been wise to choose Jung's version of psychoanalysis to interpret Lu Xun's short stories. As she rightly points out, the similarities in the structure of thought common to Friedrich Nietzsche, Carl Jung, and Lu Xun are striking. Brown's reading of Lu Xun is convincing, especially her chapter on 'The True Story of Ah Q' where she brings in the analyses of Rene Girard and Erich Neumann to deepen our understanding of the story.” —Yu Ying-shih, Emeritus Professor of East Asian Studies and History, Princeton University

“This book is a remarkable achievement of scholarship, hermeneutic interpretation, integration of disciplinary lenses. Carolyn T. Brown’s work in this book embodies the internal dialogue, what the Jungians in Zurich called the Auseinandersetzung, the give and take dialogue between the conscious and the unconscious which furthers both healing and development. Brown’s applications of Jung’s theories are valid and appropriate. Reading Lu Xun Through Carl Jung will help readers gain fresh, new perspectives in the appreciation of Lu Xun’s works, as well as a better understanding of Jung and his genuine applicability to the movements of life.” —James Hollis, PhD, Executive Director, Jung Society of Washington

Carolyn Thompson Brown is retired from her position as Director of the Office of Scholarly Programs and the John W. Kluge Center of the Library of Congress. She holds a PhD in Literature from American University and an MA and BA from Cornell University. She served as Associate Dean for Humanities at Howard University before moving to the Library of Congress, where she held numerous positions including Director of Area Studies Collections. During her academic career she published in several journals, including CLEAR and Modern Chinese Literature, and edited Psycho-sinology: the Universe of Dreams in Chinese Culture. She serves as a trustee of the Fetzer Institute.

Introduction: Encounters with the Text

Chapter 1. Deep Structure and Its Interpretation

Chapter 2. Anatomy of a Scapegoating