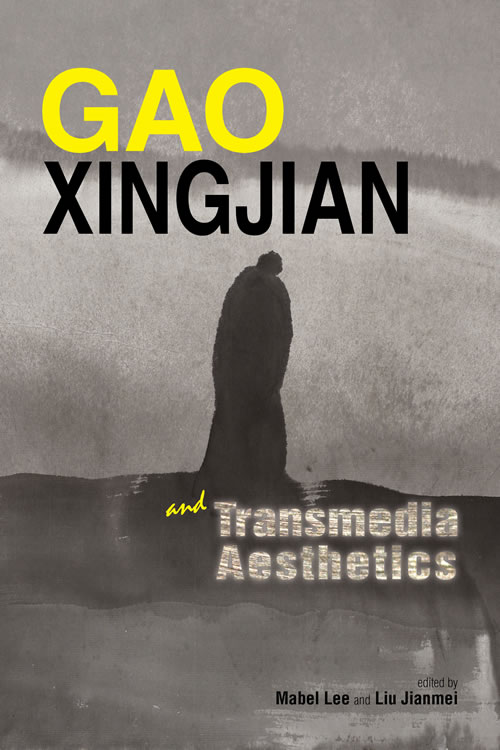 “No modern figure writing in Chinese better epitomizes the notion of global author than Gao Xingjian, a creative voice whose courage and ingenuity are indelibly imprinted on world literature. This new collection testifies to the enduring effect Gao has on scholars the world over. This book will be of great interest to modern scholars of Chinese and comparative literature as well as students of Gao Xingjian for generations to come.” —Christopher Lupke, Professor and Chair, Department of East Asian Studies, University of Alberta

When Gao Xingjian was proclaimed Nobel Laureate of Literature in 2000, it drew attention to his significant body of literary works that included a collection of short stories, titled Buying a Fishing Rod for my Grandfather (1989), two autobiographical novels titled Soul Mountain (1990) and One Man’s Bible (1999), as well as seventeen plays, three of which when performed in Beijing in the early 1980s, had turned him into an instant celebrity, not just in China, but internationally. His plays Absolute Signal (1982), Bus Stop (1983), and Wild Man (1986) were well known in the English- speaking world soon after their publication in Chinese. However, when his next play, The Other Shore (1986), was banned after a few rehearsals, he relocated to Paris in 1987. His play Escape (1990) about the 4 June 1989 military crackdown on student protesters in Tiananmen Square, resulted in a “virtual ban” on his writings, which could no longer be published, sold, or performed in the People’s Republic of China. This meant that both the author and his works had been airbrushed out of existence, and that Gao Xingjian research would find it impossible to take root in China.

Gifted with extraordinary artistic sensibilities and boundless curiosity, Gao was born in Republican China in 1940 into a cosmopolitan family environment and established precocious reading habits from an early age. His formal education began after the establishment of the People’s Republic of China in 1949, and he subsequently enrolled in a five-year French course at the Foreign Languages Institute in Beijing (1957–1962), where he read widely on modern and contemporary French authors, European writings in French translation, and also in premodern Chinese writings. Such writings were all banned beyond the walls of the Institute library, and Gao’s prolific reading would inform what he began to write in secret for his personal enjoyment, because what he wrote clearly failed to conform with the national guidelines for cultural production. Mao Zedong’s experiment in social engineering during the Cultural Revolution (1966–1976) meant the negation of the individual and the extolling of mass ideology. Gao survived by writing in secret to remind himself that he had a conscious thinking self. Years later he distinguished himself in China and the rest of the world for his innovative fiction, plays, theatre, and Chinese ink paintings.

Since Gao Xingjian’s Nobel win in 2000 he has demonstrated his profound erudition across cultures in his creative explorations in literature and the visual arts. His intense intellectual curiosity can seldom be matched by his contemporaries, and his creative achievements in literature, the dramatic arts, painting, and film have been extraordinary, and have been reflected in his aesthetic treatises on art and literature. English-language publications have been in the forefront of Gao Xingjian research since the 1980s, and this book fills a Gao Xingjian research hiatus simply because it is hard to keep abreast of his stridently innovative creations. This volume brings readers up to date on Gao Xingjian, who is probably in this age of uncertainties, one of the foremost aesthetes in literature and the visual arts.

Gao Xingjian and Transmedia Aesthetics demonstrates the extensive reach of Gao Xingjian’s transcultural, transdisciplinary and transmedia explorations. Showcased here is the panoramic aesthetics of a polymath who has successfully personified modern-time renaissance by projecting the struggles of the individual’s inner landscape into vivid images on stage, film, black-and-white paintings, and in the multilayered narrative expressions of fiction and poetry, even dance and music, to evoke a sense of sincerity and authenticity that penetrates a viewer/reader’s heart. The volume is divided into four parts: philosophical inquiry; transdiscipline, transgenre, transculture; cine-poems with paintings, dance and music; and identifying and defining the self. The chapters probe different aspects of Gao Xingjian’s work, bearing testimony to their diverse specializations.

"The chapters in Gao Xingjian and Transmedia Aesthetics manage to build a convincing case that Gao is an original artist with an original take on all of the creative forms he utilizes. ... Gao’s originality in literature, theatre, painting, film, and philosophy is meticulously elucidated ... this important edited collection may be a tantilizing invitation for future scholars to more deeply probe the constellation of media aesthetics in Gao’s works." —MCLC

“No modern figure writing in Chinese better epitomizes the notion of global author than Gao Xingjian, a creative voice whose courage and ingenuity are indelibly imprinted on world literature. This new collection testifies to the enduring effect Gao has on scholars the world over. Interdisciplinary in scope, Gao Xingjian and Transmedia Aesthetics investigates issues as far-flung as the philosophical implications of his work, his engagement with issues of gender, his religious inquiries, and his artistic creativity. Gao Xingjian’s restless intellect has driven him to delve into novel writing, criticism, drama, ink painting, and even cinema, and all these various dimensions are addressed in this compendium. Complete with an interview of the author, the broad range of subjects and intellectual approaches ensures this book will be of great interest to modern scholars of Chinese and comparative literature as well as students of Gao Xingjian for generations to come.” —Christopher Lupke, Professor and Chair, Department of East Asian Studies, University of Alberta

”This exuberantly interdisciplinary volume examines Gao Xingjian’s eclectic oeuvre from a variety of different perspectives, ranging from the aesthetic to the philosophical.” —Carlos Rojas, Professor of Asian and Middle Eastern Studies, Duke University

“This collection offers a valuable mixture of critical appreciations and scholarly essays dealing with the work of Gao Xingjian, the winner of the 2000 Nobel Prize for Literature. By focusing on ways in which Gao's aesthetic theory and practice reach across a range of different artistic media, and also into areas of philosophy, Gao Xingjian and Transmedia Aesthetics adds significantly to our knowledge of Gao’s oeuvre in all its complexity.” —Michel Hockx, Professor of Chinese Literature and Director of the Liu Institute for Asia and Asian Studies, University of Notre Dame

“Gao Xingjian and Transmedia Aesthetics provides insightful and elaborate elucidations of Gao’s already well-studied works (his famous avant-garde theatrical experiments in the post-Mao 1980s, and his representative works after the 1990s), the lesser-known aspects of Gao’s aesthetic oeuvres (in particular, the philosophical and theoretical underpinnings), as well as his illustrating and illuminating reconfiguration of self-world in the cutting-edge fields of trans-genre, trans-media, trans-discipline, and trans-culture. Located at the nexus of literary scrutiny, philosophical investigation, (auto)biographical approach, interdisciplinary study, and multimedia interpretation, this fascinating, comprehensive, and important volume about Gao Xingjian, a Nobel Laureate and present-day Renaissance Man, forcefully presents the multilayered dimensions of Gao’s diversified, contested, and connected literary and artistic world, and impressively covers a great range of different genres and styles from dramatic creations to fictional representations, ink painting to dance and music, and art exhibitions to cinematic poetry.” —Weijie Song, Associate Professor of Chinese Literature, Rutgers University

“This is one of the most comprehensive studies of Gao Xingjian’s works. The unique strength of this book lies in the variety of expertise and the wide range of disciplinary approaches that the authors bring to the study of Gao, the playwright, the novelist, the poet, the painter, and the philosopher. Gao Xingjian and Transmedia Aesthetics provides a panoramic view on Gao Xingjian’s many talents through a well-orchestrated effort to examine the transmedia aesthetics that connect these talents. This book will be an essential resource for readers seeking to understand Gao Xingjian, one of the most important contemporary writers, as well as the questions that his writings, paintings, and experimental media works have pointed to, relating tradition to the contemporary world, identity to representational modes, and self to philosophical reflections.” —Mingwei Song, Associate Professor of Chinese, Wellesley College

Mabel Lee, PhD, FAHA, is currently an adjunct professor of Chinese Studies at the University of Sydney where she taught twentieth-century Chinese history and literature, 1966–2000. In the period 1995-2000 her courses included the study of the writer Gao Xingjian who won the Nobel Prize for Literature in 2000. She has published numerous essays about Gao Xingjian, as well as translating English editions of his works: two novels Soul Mountain (2000) and One Man’s Bible (2002), a short-story collection Buying a Fishing Rod for My Grandfather (2004), and two collections of criticism The Case for Literature (2006/2007) and Gao Xingjian’s own eponymous book Gao Xingjian: Aesthetics and Creation (2012). An honorary professor for a number of years at the Open University of Hong Kong, Dr. Lee was recently appointed a distinguished professor in their major research project titled “Chinese Culture in the Global Context.”

Liu Jianmei is Professor of Chinese Literature at Hong Kong University of Science and Technology. She holds a PhD from Columbia University, an MA from University of Colorado at Boulder, and a BA from Beijing University. She is the author of a number of Chinese-language academic and literary publications, and her English academic books include the following: Zhuangzi and Modern Chinese Literature (2016), Revolution Plus Love: Literary History, Women's Bodies, and Thematic Repetition in Twentieth-Century Chinese Fiction (2003), and coeditor (with Ann Huss) of The Jin Yong Phenomenon: Chinese Martial Arts Fiction and Modern Chinese Literary History (2007).

Chapter 5. The Art of Gao Xingjian: Metamorphosis and the Grotesque in Soul Mountain (Stephen Conlon)

Chapter 8. Gao Xingjian’s Search for a Scenic Dramaturgy and Cinematic Language in Song of the Night (Mary Mazzilli)

Part IV. Identifying and Defining the Self

Chapter 19. The Authorial Self in Gide’s The Fruits of the Earth, Pessoa’s The Book of Disquiet, and Gao Xingjian’s Soul Mountain (Pan Shuyang)