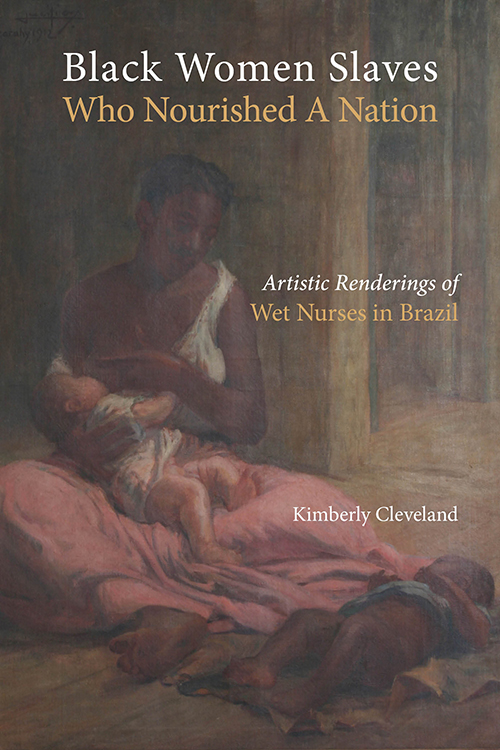 "A timely contribution...certainly be of great interest to historians and other scholars studying slavery, abolition, postabolition, and African diaspora...a well-written, carefully edited book that delves into crucial matters and can attract a broad reading public interested in understanding both the historical processes that forged a complex visuality of race and gender in postslavery Brazil and the violent, unequal society that this visuality helped to create." —Hispanic American Historical Review

This book is in the Cambria Studies in Slavery book series (General Editor: Ana Lucia Araujo).

Wet nursing in Brazil dates to approximately the late eighteenth century when upper-class families used black women slaves to breastfeed their white infants. Soon use of a black wet nurse became the norm among elite families in various parts of the country. Wet nursing developed into a business based on the need for breast milk, and the purchase, sale, and renting of slaves to meet the demand. In the late nineteenth century, a growing number of medical experts and abolitionists lobbied against wet nursing. Their efforts, combined with the abolition of slavery and the switch to a Republican government, triggered a decline in the practice. Nevertheless, this custom had become so deep-rooted and widespread that it only became fully obsolete in the 1920s.

Brazil’s history of wet nursing was recorded in artistic renderings. Europeans were the first to depict these black women slaves in their paintings and prints in the first half of the nineteenth century. Subsequently, international and national photographers created studio portraits of wet nurses with their white charges. Only in the twentieth century, when the nation was struggling with race relations post-abolition, did white artists acknowledge that the black women wet nurses were biological mothers, themselves, in their paintings. Since then, a small number of sculptors have used the black wet nurse as an artistic subject.

While scholars have identified samba, Carnaval, and Candomblé as forms of expression through which to explore the topic of race in Brazil, more studies of how art has functioned as a reflection of race relations are needed. One might expect the anonymous black wet nurse to have faded into obscurity well before the start of the twenty-first century; yet, this female figure remains a durable subject of artistic renderings and discourse on racial politics. This study uses renderings of the black wet nurse as a lens through which to explore broader social developments in Brazilian history and to analyze how artistic representations of this body of women have both followed and challenged dominant attitudes toward race and the memory of slavery.

Of the enslaved blacks who were used for a variety of types of labor in the urban and rural settings, and who also feature in artistic renderings, this black wet nurse is the only one who continues to be referenced in contemporary visual culture and discussions of race relations in Brazil. This is the first study to bring together a number of prints, photographs, paintings, and sculptures of this female figure from the nineteenth through twenty-first centuries, from Rio de Janeiro, Bahia, and São Paulo, and to not only consider the works in their individual artistic and historical contexts, but also in relation to each other. The range of different types of artworks underscores the fact that the black wet nurses were not simply marginalized “types,” relegated to the memory of the era of slavery, but a complex group of women who, in fact, nourished a nation.

"A timely contribution...certainly be of great interest to historians and other scholars studying slavery, abolition, postabolition, and African diaspora...a well-written, carefully edited book that delves into crucial matters and can attract a broad reading public interested in understanding both the historical processes that forged a complex visuality of race and gender in postslavery Brazil and the violent, unequal society that this visuality helped to create." —Hispanic American Historical Review

"This book is a remarkable accomplishment. It grows out of Kimberly Cleveland’s depth of knowledge not only of Brazilian art history but, equally, her considerable and nuanced understanding of the complexities of racial and class relationships; medical, social, and economic histories; as well as the poignant, intimate, and often tragic stories of black wet nurses in Brazilian urban society and their roles within the white, elite power structures. It is a moving and noteworthy text." —Edward J. Sullivan, Helen Gould Sheppard Professor of the History of Art, New York University

"There is no book dedicated to the visual representations of African and Afro-Brazilian wet nurses in Brazil. Given the original theme and focus, as well as the artworks and images selected, this book will benefit scholars in different areas—those who study the history of slavery of Africans and the impact on their descendants, Latin American and Brazilian cultures, and art history in general." —Roberto Conduru, Endowed Distinguished Professor of Art History, Southern Methodist University

"Kimberly Cleveland examines a wide range of imagery—including paintings, photographs, and sculptures from the colonial period up to contemporary art—and situates these works in a detailed historical context, informed by primary sources that are not easily accessible to a non-Portuguese-speaking audience. These include medical theses, writings by abolitionists, literature (poetry and novels), and newspaper advertisements, to name just a few. Although the imagery examined in this text was largely produced by and for a male audience, the use of so many primary sources allows us to understand the perspectives of women. This study provides a detailed examination of the images combined with the interesting biographies of various artists as well as a rich analysis of historical and cultural contexts. Beautifully written, Black Women Slaves Who Nourished A Nation is compelling, clear, and easy to read. This book would be especially valuable to art historians and historians whose work focuses on Brazil. It would also be interesting and accessible to graduate and undergraduate students in history and art history." —Heather Shirey, Associate Professor of Art History and Director of Graduate Studies, University of St. Thomas

Kimberly Cleveland is an associate professor of art history at Georgia State University. She holds a PhD from the University of Iowa, and a MA from the University of New Mexico. Dr. Cleveland is the author of Black Art in Brazil: Expressions of Identity, and she has published essays in edited volumes and exhibition catalogs, and articles in several journals such as the Journal of Black Studies, Luso-Brazilian Review, Critical Interventions: Journal of African Art History and Visual Culture and Review: Literature and Arts of the Americas.

Chapter 2. Picturing the Wet Nurse in the Late Nineteenth Century: Photographs from Bahia

Chapter 3. Remembering the Wet Nurse in the First Half of the Twentieth Century: Paintings from Rio de Janeiro

Chapter 4. Honoring the Wet Nurse in the Twentieth and Twenty-First Centuries: Sculptures from São Paulo