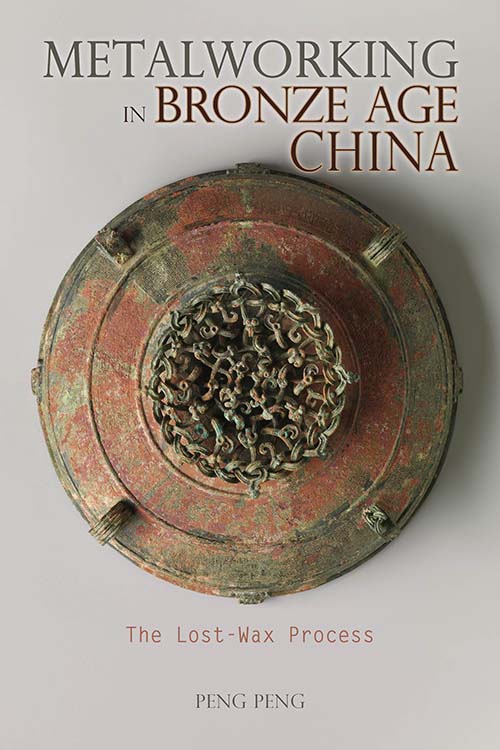 "This impressive book—with its wide, detailed coverage, high-quality illustrations, and extensive list of references—will receive much attention from students and scholars working on Chinese archaeology as well as the history of metalworking, and will certainly stimulate much more research on lost–wax casting technology in early China in the years to come." —Jianjun Mei, Cambridge University and Needham Research Institute

Metalworking in Bronze Age China is the first study that adopts a comprehensive, thorough, and interdisciplinary approach toward early Chinese lost-wax castings. It shows that the dominant belief that the lost-wax process as the optimal method for casting bronzes deserves more rigorous examination. In a broader sense, the book provides a study on the “norms,” which are seldom questioned. By examining the reasons why Chinese founders often chose not to use the lost-wax process they had clearly mastered, the book refutes the idea that lost-wax technology is the only “right way” to cast bronzes. This study demonstrates that a “norm” is in many ways an illusion that twists our comprehension of art, technology, civilization, and history.

"This book is well structured and written, offering, for the first time, a thorough and excellent assessment in English of the use of lost-wax casting technology in Bronze Age China, an extremely difficult and complex topic, which Professor Peng should be congratulated for his masterly treatment of the subject. This impressive book—with its wide, detailed coverage, high-quality illustrations, and extensive list of references—will receive much attention from students and scholars working on Chinese archaeology as well as the history of metalworking, and will certainly stimulate much more research on lost–wax casting technology in early China in the years to come." —Jianjun Mei, Senior Research Fellow, Churchill College, Cambridge University; and Director, Needham Research Institute

"This study is a very interesting and thought-provoking look at the question of lost-wax casting in Ancient China, its origins and introduction, and how one can confirm its use in castings. Professor Peng does not shrink from entertaining contradictory views on how particular objects were made. He thoroughly assesses objects possibly made by lost-wax casting (he has examined many of them himself) and deals with the complexities of determining whether particular objects were made by lost-wax or by piece-molding techniques. This book is a very useful compendium of controversial examples, and a good overview of what we know (and don’t know) about early lost-wax casting in China." —Tom Chase, Head Conservator (ret.), Freer and Sackler Galleries, Smithsonian Institution

“In pre-imperial China, lost-wax casting was very rarely used. As the identification of the technique has generated lively debates among specialists, some disputing the possibility of its use, a comprehensive investigation of its history is long overdue. For the first time, through the careful investigation of Professor Peng we have with this well-researched book a complete state-of-the-field report on this issue.” —Alain Thote, Directeur d’études, École Pratique des Hautes Études, Paris

Peng Peng is an assistant professor at the Chinese University of Hong Kong (CUHK). Prior to this appointment, Professor Peng was a visiting assistant professor of Asian art history at the University of Minnesota, Twin Cities. He holds a PhD and an MA from Princeton University, an MA and a BA from Peking University. Professor Peng’s research centers on the art, archaeology, visual and material cultures of ancient East Asia; and his work has been published in Orientations and Sino-Platonic Papers.

Chapter 1. What Is Lost-wax Casting?

Chapter 7. Design as the Driving Force

Chapter 8. The Origin of the Lost-wax Technique in Bronze Age China