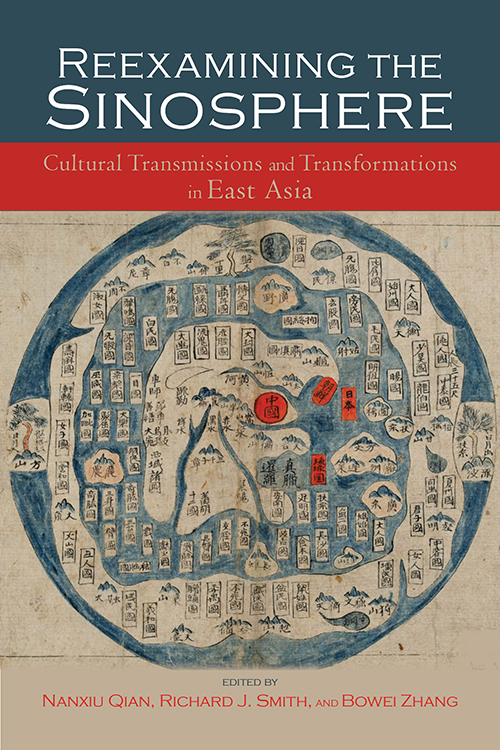 "Erudite and accessible … based on years of careful research and a clear cross-cultural and transnational vision. Reading them together brings out a wonderfully diverse picture of the multidirectional travels of texts and images, and people and ideas, by means of ‘literary Sinitic’ and throughout the ‘Sinosphere.’ … breaks new ground ... a major contribution." —China Review International

This book is part of the Cambria Sinophone World Series, headed by Professor Victor H. Mair (University of Pennsylvania).

For hundreds of years, into the twentieth century, the culture groups in the areas we now know as China, Japan, Korea, and Vietnam shared a great many political and social values, religious beliefs, and artistic and literary traditions. These common cultural features were recorded and transmitted in the same basic written language—classical or literary Chinese (known as guwen/wenyan in China, Kanbun in Japan, Hanmun in Korea, and Hánvan in Vietnam). The umbrella term for this shared language is “literary Sinitic”—a term designed to recognize the fact that although guwen/wenyan originally developed in China, it had a vibrant life of its own in other areas of East Asia (i.e., what this study terms the Sinosphere).

This huge but understudied body of written documents offers extraordinarily rich resources for examining issues of cultural continuity and change in this important region of the world. Unfortunately, in the aftermath of the political and social turmoil in East Asia during the late nineteenth and early twentieth centuries, all four cultures abandoned their use of literary Sinitic. As a result, a great many documents written in this important script have been ignored, leaving a substantial gap in our understanding of the relationship between the histories and cultures of premodern East Asia. Like its companion volume, Rethinking the Sinosphere: Poetics, Aesthetics and Identity Formation, this book seeks to fill this gap.

One of the primary goals of this study is to break down the intellectual and cultural barriers that have made the Sinosphere difficult to see for itself. These barriers are of two sorts. One is the academic tendency toward intense specialization; most scholars of East Asia focus on a single country, a well-defined period, and an equally well-defined discipline (linguistics, philosophy, history, literature, art, etc.). Another is the tendency of scholars to privilege the country and period they study, and to adhere closely to their disciplinary training and outlook. To break down these barriers, a group of highly accomplished scholars committed to cross-cultural comparisons and interdisciplinary perspectives have been selected for this volume, and the result is a careful and critical examination of the complex cultural interactions that took place in premodern East Asia.

Among the many contributions of this study are its examination of different literary genres (including “classics,” poetic primers, works for and about women, detective stories, and folksongs), its broad chronological scope (from the eleventh to the twentieth centuries), its equally extensive spatial range (including China, the Xi Xia Kingdom, Japan, Vietnam, and Korea), and its attention to “minority” cultures. Another distinctive feature of this volume is its exploration of epistemological and culture change in late-nineteenth- and early twentieth-century East Asia

Reexamining the Sinosphere: Transmissions and Transformations in East Asia will appeal not only to academic specialists in the histories, philosophies, literary and artistic traditions of East Asia, but also to instructors of college-level courses in East Asian history and culture.

* Read the editors' note on the cover art for Reexamining the Sinosphere.

"Reexamining the Sinosphere is an excellent and much-needed book that explores the various aspects of the concept of Sinosphere with a wealth of textual examples and on the basis of rich and multifaceted contemporary scholarship. The volume puts together a fine group of essays that discuss issues of cultural transmissions and transformations in East Asia and contribute to our understanding by raising important questions as much as by providing answers. This is a volume that stimulates our rethinking of the Sinosphere and will be essential reading for anyone interested in the historical relations of East Asian countries and how this regional concept may be relevant to the reality of our world today. I highly recommend it." —Zhang Longxi, Chair Professor of Comparative Literature and Translation, City University of Hong Kong

"This unique collection of essays provides a wealth of information on the premodern history of the literary, cultural, and intellectual connections within the broad geopolitical area of East Asia known as the Sinosphere (China, Japan, Korea, the Ryukyu/Liuqiu Kingdom, and Vietnam). The collaborative efforts of the editors have launched new ways to read and understand the classical cultures of each region and to locate them in a wider discourse of exchange, interaction, and transformation. This is a path-breaking book that will inspire specialists and students alike." —Harriet Zurndorfer, Leiden University, and founder and managing editor of Nan Nü: Men, Women and Gender in China

"This edited volume represents the best scholarship in Sinosphere studies that discusses how literary Sinitic texts and Chinese cultural products were transmitted, transformed, and domesticated in East Asia. It forcefully demonstrates that Sinosphere was indeed a complicated transnational and cross-cultural mechanism in which its members used Chinese elements as set of building blocks to construct their own culture." —Benjamin Wai-ming Ng, Professor of Japanese Studies at the Chinese University of Hong Kong, and author of Imagining China in Tokugawa Japan (SUNY, 2019) andThe I Ching in Tokugawa Thought and Culture (University of Hawai’i Press, 2000)

"Erudite and accessible … based on years of careful research and a clear cross-cultural and transnational vision. Reading them together brings out a wonderfully diverse picture of the multidirectional travels of texts and images, and people and ideas, by means of ‘literary Sinitic’ and throughout the ‘Sinosphere.’ … break[s] new ground in the studies of the ‘Sinosphere’ by problematizing the very concept of ‘literary Sinitic’ and the ‘Sinosphere.’ Regardless of how imperfect these concepts may be as carriers and place-holders of a range of complex, dynamic, and divergent interactions and exchanges, the way they were enacted, interrogated, and wrestled with throughout these two volumes convinced this reviewer that the editors and contributors are making a major contribution to activate and decenter the ‘Sinosphere,’ with a forceful emphasis on the power and creativity of local agents in making ‘literary Sinitic’ their own, and on their own terms." —China Review International

Nanxiu Qian is Professor of Chinese Literature at Rice University. She holds a PhD from Yale University and an MA from Nanjing University. Dr. Qian’s previous publications include Politics, Poetics, and Gender in Late Qing China: Xue Shaohui and the Era of Reform, Spirit and Self in Medieval China: The Shih-shuo hsin-yü and Its Legacy, and several edited and coedited volumes. She has published in both English and Chinese journals such as NAN NÜ: Men, Women and Gender in Early and Imperial China, Modern China, the Journal of Asian Studies, and the Wenxue pinglun.

Richard J. Smith is George and Nancy Rupp Professor of Humanities emeritus, a Baker Institute Scholar, and a Research Professor at the Chao Center for Asian Studies, Rice University. He holds a PhD from the University of California, Davis, and has published nine single-authored books—the most recent of which is The Qing Dynasty and Traditional Chinese Culture. He has also coedited or coauthored six volumes—the most recent of which (coedited with Nanxiu Qian and Grace Fong) is Different Worlds of Discourse: Transformations of Gender and Genre in Late Qing and Early Republican China.

Bowei Zhang is Professor of Chinese Literature at Nanjing University. He holds a PhD, an MA, and a BA from Nanjing University. Dr. Zhang’s publications (all in Chinese) include Guidelines to the Study of Literary Sinitic Texts, Reading the Sinosphere as a Methodology for Studying the Sinosphere, Chan Buddhism and Poetics, A Preliminary Study of the Eastward Transmission of Qing Poetic Remarks, A Study of the Methodology of Classical Chinese Literary Criticism, A Study of Classical Chinese Poetics, and numerous others. He has published in a great many East Asian journals and has been the editor-in-chief of the distinguished Chinese journal Study on Literary Sinitic Texts.

Siao-chen Hu is a Research Fellow and Director of the Institute of Chinese Literature and Philosophy, Academia Sinica.

Joan Judge is a Professor in the Department of History at York University in Toronto.

Peter Kornicki is Emeritus Professor of Japanese at the University of Cambridge and a Fellow of the British Academy.

Richard John Lynn is Professor Emeritus of Chinese Thought and Literature at the University of Toronto and a Fellow of the Royal Asiatic Society of Great Britain and Ireland.

Tuan-Cuong Nguyen is Director of the National Institute of Sino-Nom Studies in Hanoi, Vietnam.

A Comparative Chronology of the Sinosphere

Part One: The Circulation of Literary Sinitic Texts

Chapter 1: The Transnational Travels of the Yijing or Classic of Changes: Perspectives from the Sinosphere (Richard J. Smith)

Chapter 2: The Circulation of Hangzhou Buddhist Frontispieces in the Sinosphere and Beyond (Shih-shan Susan Huang)

Chapter 3: The Monk at the Bottom of the Well: Tangyin bishi (Judicial Cases under the Sweet-pear Tree) in Seventeenth-century Japan (Peter Kornicki)

Chapter 4: The Reconstruction and Translation of China’s Confucian Primers in Vietnam:A Case Study of the Pentasyllabic Poetry for Primary Education (Tuan-Cuong Nguyen)

Part Two: Gender, Class, Ethnicity, and Region in the Fashioning of Cultural Agents and Products

Chapter 9: Myriad Treasures and One Hundred Sciences: Vernacular Chinese and Encyclopedic Japanese Knowledge at the Turn of the Twentieth Century (Joan Judge)