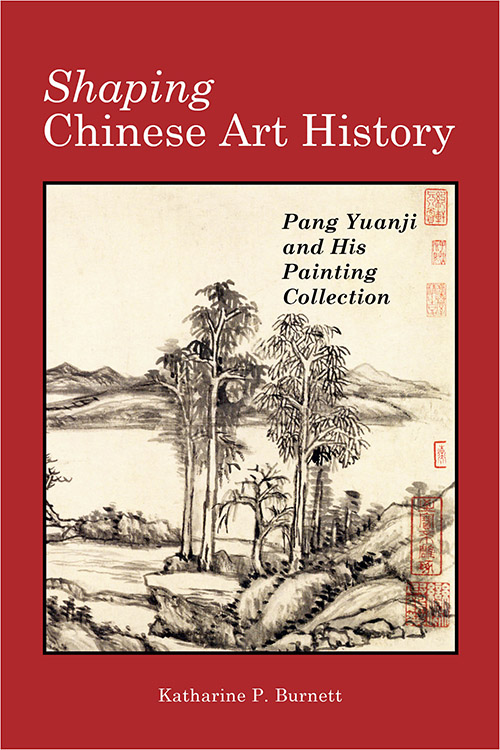 "An engaging and well-researched volume on this pivotal collector, Shaping Chinese Art History: Pang Yuanji and His Collection makes a substantial contribution to the burgeoning field of studies of modern museum collections of Chinese art.” —Amy McNair, University of Kansas

Although studies of collectors and collections are on the rise, the collector in China with not only the largest number of high-quality antique paintings but also the most comprehensive and scholarly record of his collection has largely been left unexamined. Pang Yuanji (1864–1949) is that collector, and this book addresses the situation. Analysis of Pang’s collection reveals not only his personal taste but also how his taste was an expression of the Qing dynasty canon. As such, Pang’s taste is shown to be standard for the time, and then the standard upheld in new collections abroad. When Pang’s renowned collection became a source for object acquisition by U.S. collectors and museums new to Chinese art (especially Charles Lang Freer and the Freer Gallery), this taste was inevitably absorbed and disseminated through museum exhibitions and scholarly research and teaching. The inadvertent effect of this was that the new field of Chinese art history developed around the Qing canon, a canon that survived well into the latter half of the twentieth century. Knowing about Pang Yuanji and his collection thus helps readers better understand some of the forces at work in shaping Chinese art history today.

This is the first study that takes the innovative and unique approach to collection analysis by quantifying Pang’s collection and comparing it to a selection of contemporaneous private collectors. In doing so, it shows how their tastes and interests were all shaped by the same Qing canon. More broadly, it explains that Pang did not merely absorb this canon, but then also purposefully and systematically used it and his collection to protect China’s traditions into an uncertain future.

Moving from collection analysis to an examination of Pang’s life, the book replaces Pang’s commonplace yet reductionist identity as merchant-collector with a more nuanced understanding of his identity as social transformer. Pang’s role as a modernist with a nationalist agenda becomes evident in the technological advancements and new forms of banking that he brought to his businesses, and the science-based medicine and techniques that he instituted in his hospitals. Through these, his philanthropy and civic leadership, and his renowned collection, he became a respected social and cultural figure in and outside of China. This book thus assesses his impact in his time and on the field of art history. Shaping Chinese Art History: Pang Yuanji and His Painting Collection is an important book for readers of Asian studies, art history, and museum and collections studies, and historiography.

“Pang Yuanji was arguably the foremost collector of Chinese painting in the early 20th century, and the works from his Xu Zhai Collection that are now in American and Chinese museums are treasured masterpieces. Katharine Burnett tells the story of Pang’s remarkable life and re-creates the world of his family, society, and businesses in Hangzhou and Shanghai. Using Pang’s detailed record of his collection, she explains Pang’s collecting practices, analyzes his taste and connoisseurship standards, and traces many works to their present home. An engaging and well-researched volume on this pivotal collector, Shaping Chinese Art History: Pang Yuanji and His Collection makes a substantial contribution to the burgeoning field of studies of modern museum collections of Chinese art.” —Amy McNair, University of Kansas

"This comprehensive and engaging study for the first time brings into focus the full range of activities of the great collector Pang Yuanji, giving us a picture of a crucial figure in the field of Chinese art history. By situating him within a number of relevant frameworks as collector, businessman, and philanthropist, this book helps us better understand the key role which the art of the past played in the making of a modern China." —Craig Clunas, FBA, Professor Emeritus of the History of Art, Honorary Fellow of Trinity College, University of Oxford

“Future historiographers might thus seek to build on Katharine Burnett’s skillful analysis of Pang Yuanji’s collection to trace the precise ways in which his sales of artworks and his interactions with scholars affected the American study of Chinese art history. They might seek, too, to examine Pang as but one figure in a network of collectors, dealers, and scholars who shaped the taste of people like Charles Lang Freer. Historians of Chinese art and intellectual historians concerned with the historiography of Chinese art history will find much to consider in Burnett’s book, particularly its introduction and first two chapters. Her work sheds important light on the foundations of this field that so many scholars are now seeking to expand and redefine.” —History of Humanities

Katharine P. Burnett is Professor of Art History at the University of California, Davis. She holds a PhD and an MA from the University of Michigan and a BA from Wellesley College. Dr. Burnett’s previous publications include Dimensions of Originality: Essays on Seventeenth-Century Chinese Art Theory and Criticism. She has published in several journals including Art History, Meishu shi yu guannian shi/History of Art and History of Ideas, Ming Studies, Modern Chinese Studies, and Word & Image. Dr. Burnett is Founding Director of the Global Tea Initiative for the Study of Tea Culture and Science at the University of California, Davis.

Notes to the Reader

Chapter 4 Pang Yuanji and the Culture of Nanxun

Chapter 5 The Fate of the Collection