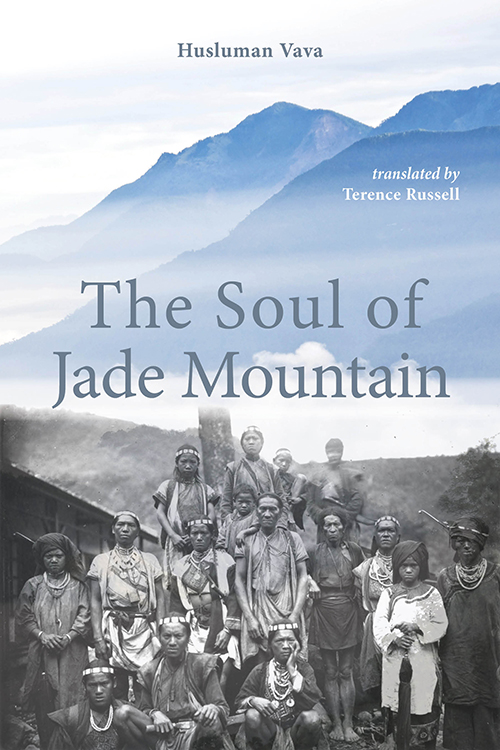 The Soul of Jade Mountain by Husluman Vava

Cultural production, including literary work, has been a key element in the Indigenous struggle for decolonization worldwide. In Taiwan, ethnographic novels written in Chinese, such as The Soul of Jade Mountain (Yushan hun) by Bunun writer Husluman Vava (1958–2007), have been an important tool in the process of bringing the circumstances of Indigenous people to the attention of mainstream audiences.

Cultural production, including literary work, has been a key element in the Indigenous struggle for decolonization worldwide. In Taiwan, ethnographic novels written in Chinese, such as The Soul of Jade Mountain (Yushan hun) by Bunun writer Husluman Vava (1958–2007), have been an important tool in the process of bringing the circumstances of Indigenous people to the attention of mainstream audiences.

Before his untimely death, Vava was one of the leaders of the Indigenous cultural revival movement in Taiwan. He was among the first Indigenous authors to make use of long fiction, and he did so quite prolifically. For Vava, as is the case for many Indigenous community leaders, the mission was twofold. He wanted to recover and preserve the rich traditions of his ancestors so that younger generations, in their search for their identity and roots in the modern world, could find quality sources created within their own community. Vava also wanted to make those in the mainstream aware of the true nature and depth of Bunun culture. His many short stories and novels fashion a vivid portrait of the Bunun people, their daily life, their values, and their aspirations. Vava created accessible characters in empathetic situations in order to demonstrate the deeply human qualities of traditional Bunun life and to suggest that those qualities maintain their validity in the modern world.

Vava’s novel The Soul of Jade Mountain won the 2007 Taiwan Literature Award for best novel. This is the first English translation of an ethnographic novel by a Taiwan Indigenous writer to be published by a North American publisher, marking an important step in bringing Indigenous Taiwan to international audiences.

Husluman Vava (1958-2007), was born in the Indigenous Bunun village of Takimi (Longquan), Taitung County in southeastern Taiwan. As a university student he studied the myths and legends of his people. Then, as a school teacher in a Bunun community, he participated in many traditional cultural activities. His early writing explores traditional Bunun culture and mythology, while in his later work he takes a greater interest in cultural and religious values.

Terence Russell is senior scholar of Chinese in the Asian Studies Centre at the University of Manitoba. He received his PhD in classical Chinese from Australian National University and his BA and MA in Chinese from the University of British Columbia. Dr. Russell has translated the works of numerous Indigenous and ethnic Chinese writers. He also has rendered two full-length novels by the Shandong writer Zhang Wei: September Fable [Jiuyue yuyan] and Seven Kinds of Mushrooms [Mogu qizhong]. He is currently coeditor of Taiwan Literature: English Translation Series.

Author’s Preface: Memories of a Change of Key

Chapter Seven: The Stars that Never Fall from the Sky

Chapter Eight: Oh Millet! We Welcome You to Our Homes

Chapter Nine: The Road to Maturity

Chapter 1: The One Nearest to the Ancestors

Chapter 2: An Appointment with Food

Chapter 3: A Gift from the Gods

Chapter 7: The Lost Village of Women

Chapter 8: The Woman Who Came From Afar

Chapter 10: The Ritual of Birth

About the Author and the Translator