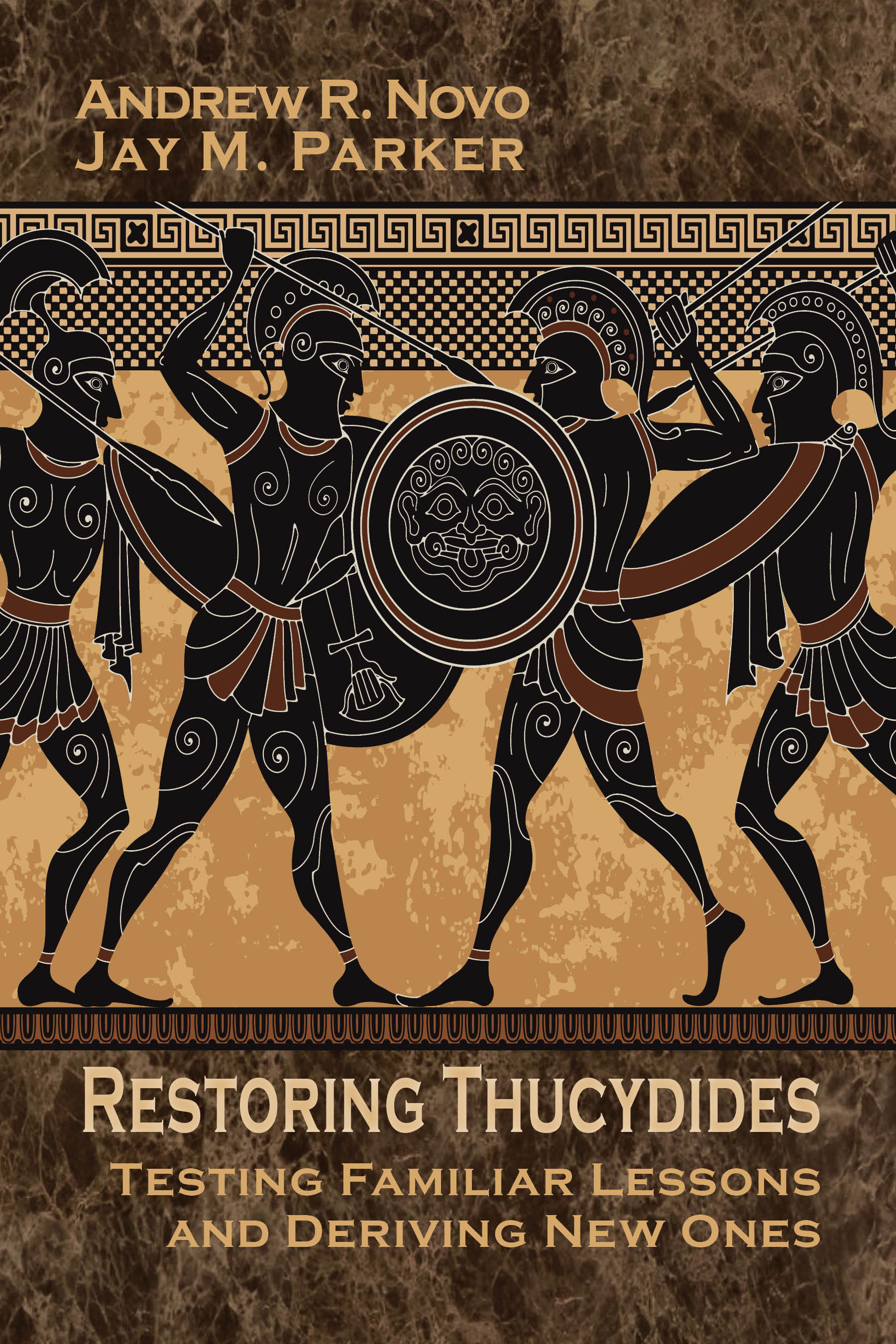 Few books have had a wider sustained impact than Thucydides’ History of the Peloponnesian War. More than 2,500 years after it was written, Thucydides is still read by academics, students, and policymakers looking for enduring lessons into everything from grand strategy to domestic politics and human nature. Yet, like many great books, this work by Thucydides is more often quoted than read. Even when read, Thucydides is read incompletely. Too often, his work is approached through the lens of synthesis and oversimplification. Readers are presented with a quote here and a generalized lesson there in a manner that disregards both the wider context of the book itself and the broader context of the period in which Thucydides lived.

While many studies have attempted to derive lessons from Thucydides or apply lessons to international politics today, few works have tested the validity of those lessons or unpacked the deeper context of Thucydides’ work and his time. Like many great books, Thucydides is often read in the search for predetermined lessons derived from preselected excerpts. These lessons come to us as little more than bromides, as immutable as they are oversimplified. Both academics and policymakers use phrases like “Thucydides’ Trap” without accurately referring back to the text and its context. The clichés generated by current approaches do not help us understand the particular causes, conduct, and conclusion of the conflict between Athens and Sparta any more than they provide insights into the challenges of our own time.

This book examines the use and misuse of historic evidence. It addresses the persistence of historic fact that has been surpassed by legend as well as the absence of consistent, diligent interdisciplinary scholarship. The authors Andrew R. Novo and Jay M. Parker demonstrate how rigor cannot be credible without some degree of richness. Standard conclusions are challenged based on the evidence within his work and the broader historical record. New lessons with modern relevance are drawn from a richer, fuller understanding of Thucydides.

Restoring Thucydides: Testing Familiar Lessons and Deriving New Ones is an important book for the teaching of “classic” texts to students of politics, history, and international relations. It is valuable for students, academics, and general readers with an interest in the application history and theory to modern day challenges as well as those exploring the link between historical evidence and contemporary themes in international relations.

“Restoring Thucydides is an outstanding book that makes Thucydides accessible and resoundingly refutes the popularized notion of a ‘Thucydides trap.’ Novo and Parker’s rich rendition gives context for The History, rescuing it from pinched readings and giving us access to even more valuable lessons about great power competition that entails ‘fluid alliances, diplomatic realignments, and conflict proceeding in fits and starts as rival domestic parties grappled for power.’” —Kori Schake, Director of Foreign and Defense Policy Studies, American Enterprise Institute

“In this book, two scholars coming from different academic disciplines have clearly leveraged their relative expertise to produce an incredibly learned treatise on the ways in which Thucydides’ text is typically (mis)treated by scholars and non-scholars alike. The originality of the arguments advanced provides even scholars who have studied Thucydides for years much fresh insight on virtually every page.” —Scott A. Silverstone, Professor of International Relations and Deputy Head, Department of Social Sciences, United States Military Academy

“This well-written book will add to the knowledge and understanding of Thucydides whom many consider to be the ‘founding father’ of the discipline of international relations. The authors’ deep understanding of Thucydides, along with their use of different translations as well as primary and secondary sources, make this an excellent scholarly book. It is a succinct, readable reinterpretation of a classic international relations text. In addition to being a useful summary of the value of Thucydides for contemporary readers, it is also a much-needed corrective to a simplistic interpretation of Thucydides.” —Dan Caldwell, Distinguished Professor of Political Science, Pepperdine University

"An accessible treatment of Thucydides that provides invaluable perspective for students and professors alike, either before or after reading the ancient historian’s work on the Peloponnesian War. Ultimately, the kind of issues the authors raise throughout help introduce students to complexity and the eschewal of simple answers to complex questions. This book will benefit students beginning a war theory course in professional military education or those more broadly enrolled in IR or history courses." —Strategic Studies Quarterly

Andrew R. Novo is an associate professor of strategic studies at the National Defense University in Washington, DC. He holds a D.Phil and M.Phil from the University of Oxford and an AB from Princeton University. Dr. Novo's previous publications include When Small Countries Crash and Queen of Cities. He has published in several journals such as Diplomacy & Statecraft and The Journal of Modern Greek Studies as well as in the Harvard International Review and the New Atlanticist. Dr. Novo delivered the inaugural "Thucydides Lecture" at the University of Macedonia (Thessaloniki, Greece) in January 2019 and has also presented at the Brookings Institution and the Atlantic Council.

A Note on Citations

A Timeline of the Peloponnesian War

Chapter 4: Allies, Alignments, and the Nature of War