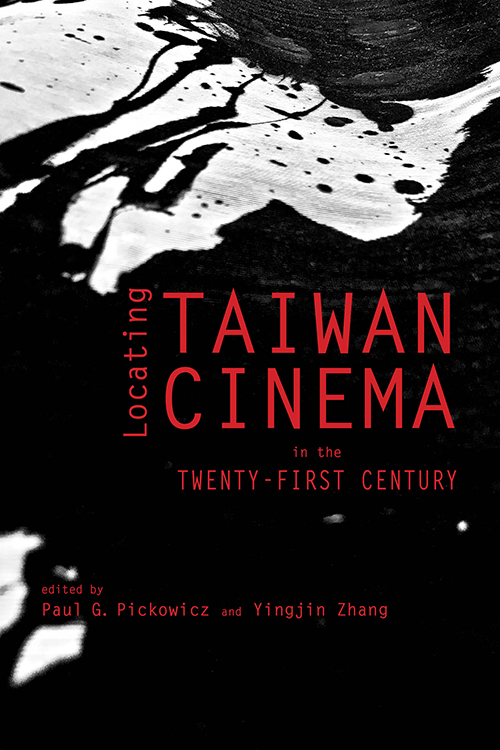 “Highlighting a multitude of glocal, sociopolitical, and aesthetic-ethical transcodes, this book explores the complex trajectory of identity formation, structural transformation, and cultural dynamics of the island state since 2000. This volume is an essential sourcebook for students in world cinema.” —Ping-hui Liao, University of California, San Diego

Watch a short video about the book.

Twenty-first-century Taiwan has been evolving in fascinating and complicated ways, in terms of culture, economy, politics, and society. This has led to renewed tensions in relations between the government of mainland China and various camps in Taiwan. In Taiwan, these tensions often focus on issues of identity. Who are the Taiwanese? How are the Taiwanese different from regional and global communities? How are the Taiwanese connected to these communities? Business leaders, factory workers, farmers, and migrants have their opinions. Cultural producers, including filmmakers and pop musicians, offer unique perspectives. Political parties, functioning in a democratic environment, fiercely debate these issues. Remarkably diverse ethnic groups contribute to this ongoing dialogue. This complex twenty-first-century debate in Taiwan is a politically healthy one that takes place both on and off screen.

There has been much discussion of New Wave Taiwan cinema of the 1980s and 1990s, including research that studies the pathbreaking contributions of acclaimed directors like Hou Hsiao-hsien. This book updates the scholarship on Taiwan cinema by taking it into the twenty-first century. It is the first book to take a multidisciplinary approach to evaluating recent Taiwan films. The authors are specialists in cultural studies, history, and the social sciences, and they use different film materials and methodologies to analyze the ways in which filmmakers deal with the evolution of Taiwan’s society, economy, and culture in the new century. The emphasis is placed on the diversity of approaches that characterize recent Taiwan cinema. Taiwanese filmmakers use many forms and genres to tackle pressing issues. In sharp contrast to the late-twentieth-century New Wave filmmakers who were widely regarded as producing “art films” that had little impact on the domestic market, many recent Taiwan films have enjoyed huge commercial success in Taiwan.

This book probes many crucial controversies: What are Taiwan’s meaningful cultural and historical connections to Japan? How do Taiwanese filmmakers and audiences feel about mainland China? How does Taiwan cinema deal with environmental issues, animal rights, human trafficking, sexuality, and the challenges facing ethnic minorities?

Locating Twenty-First-Century Taiwan Cinema is an important book for collections in Asian studies, film studies, and the social sciences.

"Paul Pickowicz and Yingjin Zhang should be congratulated for putting together a volume that taps into the cultural production of present-day Taiwan. Much of the scholarship—both Chinese and English—produced in recent decades has been on New Taiwan Cinema of the 1980s. Focusing on more recent films and their connections to Taiwan and regional cultures of the new millennium, this volume makes a valuable contribution to the larger field of Asian film and visual culture. Locating Taiwan Cinema in the Twenty-First Century is an example of how scholarship can respond to newest cultural trends in a timely fashion. The material is fresh, and the overall scholarship is original." —Nicole Huang, University of Hong Kong

“Highlighting a multitude of glocal, sociopolitical, and aesthetic-ethical transcodes, Locating Taiwan Cinema in the Twenty-First Century explores the complex trajectory of identity formation, structural transformation, and cultural dynamics of the island state since 2000. The multidisciplinary approach illuminates the ways in which global uncertainties, unstable cross-strait relations, local economic disparities, contested gender subjectivities, ethnic and intergenerational tensions, transregional post-truth disinformation, and social media, among others, have an unprecedented impact on people’s lives both on and off the screen. This volume is an essential sourcebook for students in world cinema.” —Ping-hui Liao, University of California, San Diego

"In Locating Taiwan Cinema in the Twenty-First Century, Professors Paul G. Pickowicz and Yingjin Zhang situate Taiwan cinema in the ever-evolving Sinosphone and Asian spheres as both a historical articulation, a transregional undertaking, and a multimedia construct. In thirteen chapters, the volume identifies local, colonial, and global contestations, introduces multiple genres and discourses, and ponders the social and political implications of cinema as a unique manifestation of the island as it encounters the world. Historically informed and methodologically engaged, Pickowicz and Zhang’s book is sure to be an invaluable resource for those interested in the cultural dynamics of Taiwan cinema in the world context." —David Der-wei Wang, Harvard University

"Since the heyday of New Taiwan cinema in the twentieth century, Taiwan cinema has ventured into innovative forms of popular genre, documentary, and social activism. Filmmakers have forged regional alliances, addressed the fraught relationship with the PRC, and reflected on global migration patterns. The kaleidoscopic collection of essays in this volume offers a pioneering survey and in-depth analysis of these themes, dwelling on some of the most notable movies and directors of the 21st century." —Yomi Braester, University of Washington

Paul G. Pickowicz is Distinguished Professor Emeritus of History at the University of California, San Diego.

Yingjin Zhang is Distinguished Professor and Chair of the Department of Literature at University of California, San Diego, and Visiting Chair Professor of Humanities at Shanghai Jiao Tong University, China.

Chapter 3. “I Know That Song”: Taiwanese Fantasies of Japanese Authority in Kano and Cape No. 7 (Andrew Morris)

Chapter 7. Taiwan from Below: Settler Colonialism and Environmental Protection in Beyond Beauty: Taiwan from Above (Sang Eun Eunice Lee)

Chapter 9. At the Intersection of Cinema, Photography, and Painting: A Study of Chung Mong-hong’s Parking (Chihho Lin)

Chapter 10. Filming and Performing the Girl Next Door: Kwei Lun-Mei and Her Xiaoqingxin Glamour (Pai Wang)

Chapter 12. Miserable Company: The Precarity of Migrant Workers in the Films of Midi Z and Tsai Ming-liang (Thomas Chan)

Chapter 13. The Secret Beauty of History: Remaking the Femme Fatale in Yang Ya-che’s The Bold, the Corrupt and the Beautiful (Shu-ching Chen)