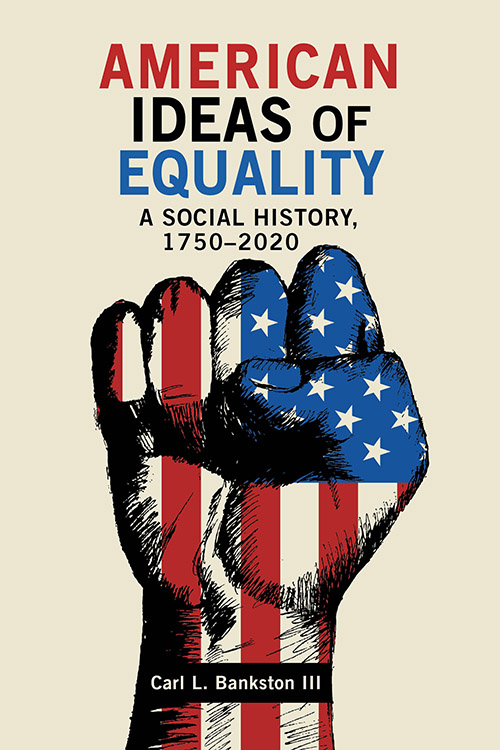 "An impressive work of historical sociology, mining the intellectual, cultural, political, and economic history of the idea and the country, while articulating some of the important dilemmas we face in the modern era ... an eminently thoughtful, readable, and engaging work of historical sociology on a central idea in American society and its intersection with race, class, and gender as well as with ideals of liberty and representative government... a useful component to both undergraduate and graduate courses." —Social Forces

Equality is a fundamental American value. The nation’s Declaration of Independence declared equality as a self-evident foundation for political life, and the pursuit of equality has continued to dominate policy debates in the twenty-first century. However, equality is a complex idea, and it has had different meanings in different eras.

Using a variety of data sources, this book describes how the views we hold regarding this fundamental national value developed as products of our cultural history from the origins of the American republic to 2020. It traces how cultural transmission, political and economic structures, and communication technology have shaped this core American value. The book begins with the early days of the American republic and follows ideological changes through the era of the self-made man, the rise of corporate society, the New Deal, the post–World War II era, and the era of civil rights. It ends with a detailed discussion of how this history has resulted in some of the most divisive political and social controversies of the twenty-first century.

Most studies have taken equality as having a single, clear meaning. Most often, this has been either how much equality of opportunity exists now or in the past, or how much equality of condition exists now or in the past. Rarely considered is that people can be equal or unequal in different ways and that what we mean by equality has been shaped by historical experience. This book is a work of historical sociology that examines the forces which have shaped and reshaped this fundamental cultural value. The book leads readers through an exploration of how different stages of American history have led to thinking about equality in terms of independence from hierarchy, the opportunity for self-creation, access to services and resources, widespread upward mobility, and equality across social categories. It takes a unique multidisciplinary approach, combining intellectual and cultural history with political, economic, and sociological analyses. No other book offers this kind of analysis of the both historical origins and contemporary consequences of a cultural concept at the core of American national life.

"Any book willing to tackle 270 years of debate over a subject as important and complex as equality is worth reading and arguing over ... An impressive work of historical sociology, mining the intellectual, cultural, political, and economic history of the idea and the country, while articulating some of the important dilemmas we face in the modern era ... an eminently thoughtful, readable, and engaging work of historical sociology on a central idea in American society and its intersection with race, class, and gender as well as with ideals of liberty and representative government... a useful component to both undergraduate and graduate courses concerned with the history of US inequality and its historical and modern paradoxes." —Social Forces

"American Ideas of Equality provides a social history spanning 270 years, longer than the founding of the American nation. Bankston deftly reveals how the American idea of equality evolved and diverged and how conflicting ideas intersect race and class to shape prevailing patterns of group formation and identity politics. With his rigorous analysis of empirically rich data and lucid narrative, Bankston advances our understanding of the complex notion of inequality." —Min Zhou, Professor of Sociology & Asian American Studies, University of California, Los Angeles

"American Ideas of Equality is carefully argued, easy to follow, and well written. It is an exemplar of historical sociology—and even if that’s all it were, it would be valuable for its analysis of how notions of equality have changed and how they have shaped U.S. culture and politics. However, this book is more than that, though, given that we are currently living through a time of contested notions of equality, and that this is part of what is polarizing the country. Bankston’s analysis helps us understand the current political environment, and it is a deep understanding that goes beyond the arguments one side or the other might make in that it identifies the structural and historical factors that have led to them. American Ideas of Equality deserves to be widely read by sociologists, historians, political scientists, policy makers, and political commentators." —Bradley Campbell, Professor of Sociology, California State University, Los Angeles

"This is a thoughtful book addressing the history of United States in terms of serious questions regarding inequality. Bankston addresses the differences among the founders of the nation brilliantly. He then walks the reader through the various challenges to the question of equality through each era. His critique of the American ideal of the self-made man and the importance of this image recurs as an important theme though his narrative shows that all human beings are subject to various factors that influence their levels of accomplishment." —John Kilburn, Associate Dean of Research and Professor of Sociology and Criminal Justice at Texas A&M International University

Carl L. Bankston III is professor of sociology at Tulane University. He holds a PhD from Louisiana State University, an MA from the University of California, Berkeley, and a BS from Southern Methodist University. His numerous previous books include Affirmative Action: Origins, Controversies and Contradictions, Immigrant Networks and Social Capital, and Public Education – America’s Civil Religion: A Social History. He has also published more than a hundred articles in a wide variety of academic journals that have included Social Forces, Ethnic and Racial Studies, Social Science Quarterly, Journal of Educational Research, and Current Anthropology.

Introduction: The Problem of Equality

Chapter 3. The Self-Made Man and the Citizen in a Segregated, Corporate Society

Chapter 4. The New Deal and the Transformation of Citizenship

Chapter 7. Categorical Inequality in an Era of Polarization and Contradiction