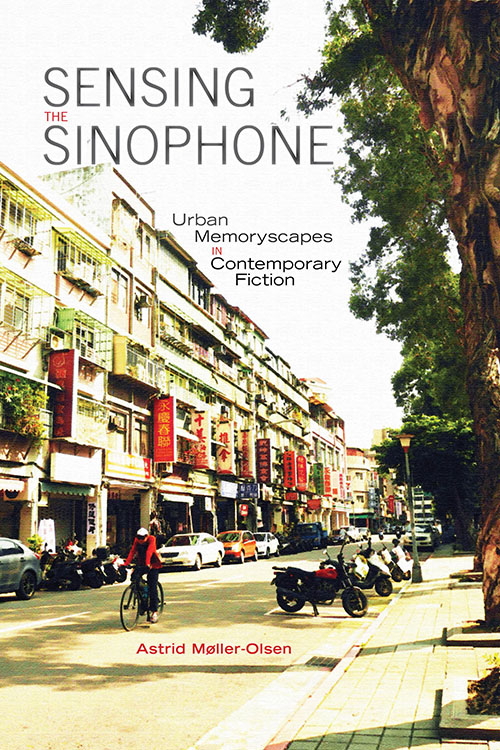 "With a lineup of works drawn from contemporary Chinese and Sinophone communities, Astrid Møller-Olsen pays special attention to the articulations of senses in the texts under discussion, from audio-visual contact to melodious association, tactile sensation, aromatic emanation, and kinetic exercise, culminating in mnemonic imagination and gendered fabulation. Sensing the Sinophone has introduced a new direction for literary studies and is sure to be an invaluable source for anyone interested in narratology, urban studies, environmental studies, affect studies and above all comparative literature in both Sinophone and global contexts." —David Der-wei Wang, Harvard University

Since the 1990s, extensive urbanization in East Asia has created a situation in which more people identify themselves as citizens of the city where they live, rather than their ancestral village or nation. At the same time, this new urban identity has been under constant threat from massive municipal restructuring. Such rapidly changing cityscapes form environments of urban flux that lead to narrative reconfigurations of fundamental concepts such as space, time, and memory. The resulting contemporary urban fiction describes and explores this process of complex spatial identification and temporal fluctuation through narratives that are as warped and polymorphic as the cities themselves.

Building on previous scholarship in the fields of Chinese/Sinophone urban fiction, sensory studies, and comparative world literature, Sensing the Sinophone provides a new city-based approach to comparativism combined with a cross-disciplinary focus on textual sensescapes.

Through an original framework of literary sensory studies, this monograph provides a comparative analysis of how six contemporary works of Sinophone fiction reimagine the links between the self and the city, the past and the present, as well as the physical and the imaginary. It explores the connection between elusive memories and material cityscapes through the matrix of the senses. Joining recent efforts to imagine world literature beyond the international, Sensing the Sinophone engages in a triangular comparison of fiction from Hong Kong, Shanghai, and Taipei—three Sinophone cities, each with its own strong urban identity that comes with unique cultural and linguistic hybridities.

Sensing the Sinophone combines narratological tools for studying time in fiction with critical concepts of spatiality in order to establish an analytical focus on narrative voice and reliability (including the inaccuracy of memory), structural non-linearity (such as mental time travel), and the construction of fictional parallel cities as loci for plot development. In this study, the conventional sensorium and its role in recollection is explored and amplified to include whole-body sensations, habitual synesthesia, and the emotional aspects of sensations that produce a sense of place or self.

By analyzing narratives that make use of and encourage multisensory, spatiotemporal understandings of reality characterized by permeable boundaries between material, social and imaginary domains, this monograph shows how contemporary cities change the way human beings think and write about reality.

"With a lineup of works drawn from contemporary Chinese and Sinophone communities, Astrid Møller-Olsen pays special attention to the articulations of senses in the texts under discussion, from audio-visual contact to melodious association, tactile sensation, aromatic emanation, and kinetic exercise, culminating in mnemonic imagination and gendered fabulation. The result is a work on urban synesthesia, a kaleidoscopic projection of sensorium in a narrative form. Her analyses of works by writers such as Chu Tien-hsin and Wu Ming-yi are particularly compelling. Sensing the Sinophone has introduced a new direction for literary studies and is sure to be an invaluable source for anyone interested in narratology, urban studies, environmental studies, affect studies, and above all comparative literature in both Sinophone and global contexts." —David Der-wei Wang, Harvard University

"Evoking the language and logic of poetry, Sensing the Sinophone is a brilliant literary urban ecology that conjures cities, like texts, as open, dynamic, sensing, vital, enduring entities. How, Astrid Møller-Olsen asks, do characters experience sensory memories in six novels of Hong Kong, Shanghai, and Taipei, activated by architectural, botanical, and bodily presences in the city? With theoretical insights ranging from quantum mechanics to Confucian cosmology, this phenomenological elucidation of fictionalized cities as somaticized organisms with physiological functions is a remarkable intervention." —Robin Visser, University of North Carolina, Chapel Hill

“This is a nuanced, original study of literary representations of memory in relation to time, space, and sensory experiences in three contemporary global cities: Shanghai, Taipei, and Hong Kong. Not only does it break new ground in several fields (Chinese studies, comparative literature, urban studies), but it also makes a powerful case for the lasting human value of literature.” —Michelle Yeh, UC Davis

Astrid Møller-Olsen is an international research fellow with Lund University (Sweden), University of Stavanger (Norway), and University of Oxford (United Kingdom); her position is funded by the Swedish Research Council. Dr. Møller-Olsen holds an MA in comparative literature and a PhD in Chinese studies. Her research has been published in Modern Chinese Literature and Culture, SFRA Review, Canadian Review of Comparative Literature, Prism: Theory and Modern Chinese Literature, and International Journal of Heritage Studies. She hosts the podcast Sinophone Unrealities and the literary blog xiaoshuo.blog.

Chapter 2. The Three-City Problem: A Kaleidoscope of Six Works

Chapter 3. Sense of Place: Walking or Mapping the City

Chapter 5. The Ear: Melody of Language

Chapter 6. Sense of Self: The Many Skins of the City