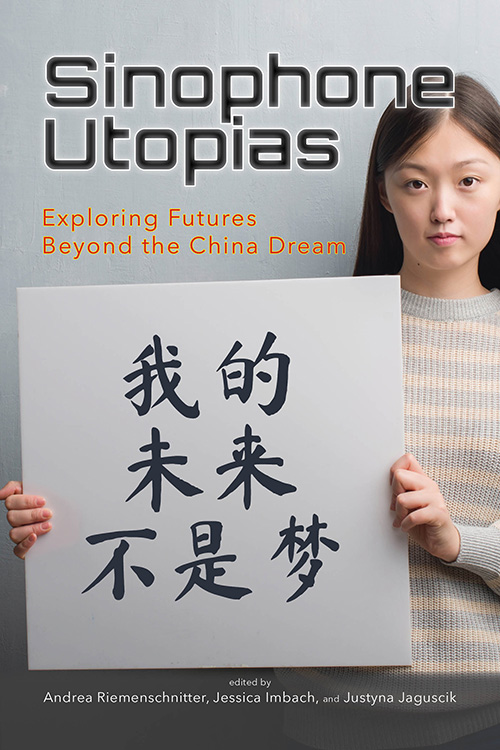 "A cornucopia of interpretative insights based on abundant sources, this impressive collection prompts a fundamental rethinking of Chinese discourses, fictional and historical. Be they about philosophy, literature, architecture, film, new media, political activism, the performing arts, academic debate, and other realms of knowledge production, such discourses can now be understood as variants of an inexhaustible series of engagements with utopia in thought and practice. This stimulating tome will appeal to all those invested in the study of China and in the generative agency of hope." —Rey Chow, Andrew W. Mellon Distinguished Professor of the Humanities, Duke University

This book is in the Cambria Sinophone World Series, headed by Victor H. Mair (University of Pennsylvania).

The creativity, diversity, and experimental character of aesthetic and literary responses to the sociopolitical transitions in Southeast and East Asia as well as the aesthetic reverberations provoked by, among other factors, the newest wave of utopian thought in mainland China’s political discourse have so far not been tackled systematically. Whereas Douwe Fokkema’s pathbreaking overview of ancient to modern utopian concepts and narratives in China and the West provides an invaluable source for students and scholars of the early modern forms of transcultural utopian imagination, it does not include the more recent versions of state futurology—in particular Xi Jinping’s China Dream narrative and related ideological revaluations. Nor does it engage with the contemporary literary and transmedia explorations of the imagined alternative Chinese worlds that are currently in the process of coming into being. This study thus delves into the vibrant space of Chinese and Sinophone cultural negotiations between state and grassroots utopianist discourses in order to tease out both the declining and emergent visions for the future as embedded in the analyzed literary narratives and visual representations.

Focusing on counternarratives that challenge or undermine the grand nationalist Chinese theme, this book studies the ways Sinophone artists, writers, and other cultural agents reimagine a future (world) society that can be more tolerant of cultural, ecological, ethnic, gender and ideological diversity. It departs from the existing scholarly inquiries into Chinese utopian thought by focusing on its reappearance, in multiple shapes, in contemporary cultural representations (art, performance, literature, film, garden concepts, rural reconstruction projects, etc.) rather than on the philosophical and historical (utopianist) roots of Chinese modernity. Furthermore, this book highlights those reconceptualizations that reflect on flexible blueprints of future community life or, more openly, forms of togetherness, that are suitable for continuous (re)negotiation rather than supporting fixed, top-down enforced models. It demonstrates where, and how, bottom-up engagement for a better future is flourishing in Chinese and Sinophone contexts, and studies in which aesthetically articulated ways the expectations of intellectuals, creative workers, and social activists reach out beyond the currently circulating, state-issued futurologies.

Sinophone Utopias will be a valuable resource for scholars of Chinese and Sinophone studies as well as scholars of adjacent disciplines who are engaged in critical cultural studies and are interested in understanding the emerging cultural and political dynamics of utopianism in East Asia. Each chapter offers readily accessible examples of currently circulating utopian articulations, thus providing valuable insights into the key debates and concepts in Sinophone utopian discourse. As such, this book will also be of great value to instructors and students of modern China as well as to a general audience interested in utopian ideas and their manifold cultural articulations in the Sinosphere. This book offers a preliminary roadmap to the establishment of Sinophone utopia studies as a new supplement to the broader field of Sinophone studies, thus catering to a systematic, transcultural approach to contemporary utopian thought.

"This comprehensive book charts the multifarious ways in which China-centric futurologies—the promises of the China dream based on rising Chinese power and wealth—are challenged by writers and artists across the Sinophone world. They do so by imagining and constructing critical Sinophone utopias, even as they must work with the dystopic and ruinous realities on the ground. Sinophone Utopias is an important and timely book." —Shu-mei Shih, Irving and Jean Stone Chair in the Humanities, UCLA

"A cornucopia of interpretative insights based on abundant sources, this impressive collection prompts a fundamental rethinking of Chinese discourses, fictional and historical. Be they about philosophy, literature, architecture, film, new media, political activism, the performing arts, academic debate, and other realms of knowledge production, such discourses can now be understood as variants of an inexhaustible series of engagements with utopia in thought and practice. This stimulating tome will appeal to all those invested in the study of China and in the generative agency of hope." —Rey Chow, Andrew W. Mellon Distinguished Professor of the Humanities, Duke University

"Engaging an important topic in the emergent field of Chinese and Sinophone utopianisms, this book brings together essays that effectively explore how various kinds of 'existential utopias' are configured. Readers are inspired to (re)consider the validity of existing theories related to utopia as a theoretical framework for analyzing the contributing factors to explorations of the future. Having raised timely issues and defined related problems in a very useful manner, this conceptual project is of interest to readers from different disciplines." —Yiu-Wai Chu, Professor and Director of Hong Kong Studies Programme, The University of Hong Kong

Daria Berg (DPhil, University of Oxford) is Chair Professor of Chinese Culture and Society at the University of St. Gallen, Switzerland, and Head of the Centre for Intercultural Competence at the St. Gallen Institute of Management in Asia SGI-HSG in Singapore.

William A. Callahan (PhD, University of Hawaii) is Professor of International Relations at the London School of Economics and Political Science.

Yunxia Chu (PhD, Beijing Normal University) is Associate Professor of Chinese Literature at the University of International Business and Economics in Beijing.

Paola Iovene (PhD, Cornell University) is Associate Professor of Modern Chinese Literature in the Department of East Asian Languages and Civilizations at the University of Chicago.

Justyna Jaguscik (PhD, University of Zurich) is Senior Lecturer in Chinese Language, Culture and Society at the University of Bern.

Wendy Larson (PhD, University of California, Berkeley) is Professor Emerita of Modern Chinese Literature and Film at the University of Oregon.

Andrea Riemenschnitter (PhD, University of Goettingen) is Professor of Modern Chinese Language and Literature at the University of Zurich.

Part IV: Specters of the Past

Chapter 14. Anti-Utopia and the Poetics of Ruins, 1978–2018: A View from Visual Art and Poetry (Giorgio Strafella and Daria Berg)

Chapter 17. Beyond the Chinese Dream: On the Unbecoming of Chineseness in Chan Koonchung’s China Trilogy (Alvin K. Wong)