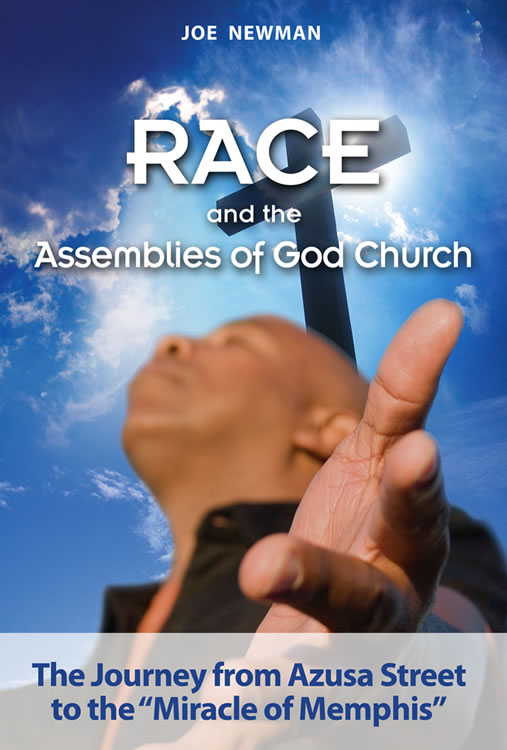 Race and the Assemblies of God Church: The Journey from Azusa Street to the "Miracle of Memphis" by Joe Newman

Utilizing the extensive archival holdings of the Flower Pentecostal Heritage Center, this is the first book to chronicle the treatment of African Americans by the largest, predominantly white, Pentecostal denomination in the United States.

Assemblies of God attitudes regarding racial issues changed only as a result of the civil rights movement and its effect upon American society during the 1960s and 1970s. The treatment of race in church groups with European origins was compared to that of the Assemblies of God and the influence of African and slave religions upon the rise of the Pentecostal movement. Finally, the author provides an analysis of the 1994 event known as the “Miracle of Memphis” in which white Pentecostal denominations dissolved the racially segregated Pentecostal Fellowship of North America in favor of a new organization, the Pentecostal and Charismatic Churches of North America. The book concludes that although current Assemblies of God leaders have embraced the concept of an integrated church fellowship that no longer excludes African Americans, there is virtually no evidence of wide acceptance of this concept at the local church level in the denomination.

"Newman has set the record straight, a sobering and humbling story that must be told. Although the book is written in popular language, it is, nevertheless, a serious piece of scholarship." - Enrichment, Summer, 2008.

"As Dr. Newman led me on the journey from “Azusa Street to Memphis,” I must confess there were many parts of the trip I did not like. This was new territory for me and it was deeply troubling. His work is the result of his approximately 12 years of careful research and writing in this field. Each chapter is thoroughly documented ...Dr. Newman has shown the craftsmanship of a Pentecostal scholar who is “critically loyal” to the Assemblies of God. We desperately need to know this part of our history. ... No one can read this work without acknowledging the Assemblies of God has made important progress in recent years but there are still many “miles to go before we sleep.”" - Don Meyer, Ph.D., President, Valley Forge Christian College

Joe Newman is Principal of the secondary department of First Assembly Christian School in Memphis, Tennessee. He holds a Ph.D. in United States history and an M.Ed. in educational administration from the University of Memphis. Dr. Newman is an ordained minister in the Assemblies of God and, since 1981, has served various congregations in positions ranging from minister of education to senior pastor. His research interests include race, gender, and economic issues in early American Pentecostalism.

4. Separation: The Formation of the Assemblies of God church

5. Assemblies of God Efforts to Preserve Racial Segregation within the Denomination

6. Era of Change: The Assemblies of God and the Civil Rights Movement

7. Reconciliation: “The Miracle of Memphis”