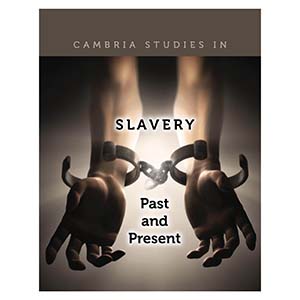 Cambria Press is proud to announce an exciting, new book series, Slavery: Past and Present. The series will feature high-quality, innovative, and peer-reviewed monographs and edited books that examine the history of slavery and how its memories and legacies remain alive in various regions of the globe. With this aim, the series will include studies on contemporary slavery and human trafficking as well. The geographical scope of the series is broad. It encompasses the Americas, Europe, and Africa, including the Indian Ocean, and the Muslim worlds. Transnational, comparative, and interdisciplinary studies are particularly welcome. Reflecting these international and interdisciplinary dimensions, the editorial board is composed of historians, political scientists, anthropologists, archaeologists, and art historians based on several countries and working on various regions and continents.

The General Editor is Ana Lucia Araujo (Howard University, USA). Board members are: